SoftAtHome’s Watch’ON video product is powering the new addressable TV offering recently launched by Orange France. The first partnership with a national broadcaster, France Télévisions, is already up and running. 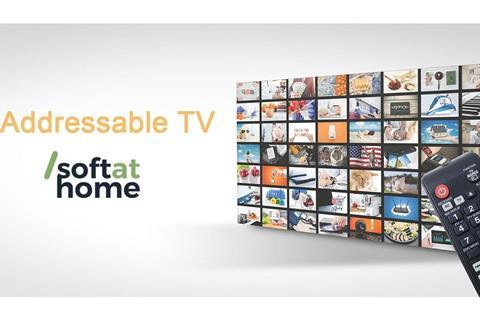 SoftAtHome: Orange is one of the first operators in Europe to launch an addressable TV offering

The burgeoning multiscreen addressable TV market is estimated to represent €200-300 million in France alone for broadcasters by 2023, according to Syndicat National de la Publicité TV, and operators will be able to get a slice of this new pie.

The French regulator authorised addressable TV in August 2020 with the publication of a decree allowing targeted and personalised ad messages during live TV shows. Starting in early November, the first full-scale campaigns with 10 advertisers are part of a pilot phase leading up to a planned full deployment in early 2021.

Advertisers benefit from immediate advantages thanks to Orange data, including geo-targeting of the campaign, personalisation of the spot according to specific household targets, and measurement of the campaign’s KPIs according to digital standards.

The solution also includes audience measurement to give precise information on ad content consumption by the user.

Christian Bombrun, products & services director of Orange, said: “Addressable TV opens a new era for the TV ad market. We are proud that Orange is the first operator to launch this service in France and one of the first in Europe, thanks to SoftAtHome’s technology and the great work of our combined teams. SoftAtHome’s innovative multiscreen player technology has enabled Orange France to deliver a new experience. We believe our customers can again start to love advertising.”

David Viret-Lange, CEO of SoftAtHome, said: “After almost a decade of work on our largely deployed multiscreen video player, I am thrilled to see our product become ever-more more central for Orange’s clients. Targeted ads for linear TV have finally taken off on the TV screen. Our analytics expertise leverages user data with SoftAtHome’s video player. Over time, all user data will be used to provide the best possible multiscreen user experience.”