When it comes to M&E carbon emissions it isn’t just the activities of broadcasters and other streaming content providers that have an impact, it’s also about how we as viewers and consumers of that content behave.

“The media industry is led by consumer behaviour and trends,” observes DPP Programme Delivery Manager Abdul Hakim, adding that broadcasters and content organisations have become proactive in the quest to cut carbon emissions. 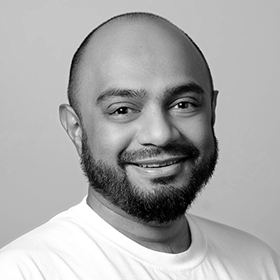 “Organisations have doubled down on sustainability and for many it is now a core value,” Hakim continues. “In February 2020, Sky announced that it was committed to achieving net-zero carbon emissions by 2030. Its Bigger Picture strategy is a comprehensive programme to reduce environmental impact through a range of different initiatives, including content programming such as the The Daily Climate Show, through to grass roots activities such as the Sky Rainforest and Ocean Rescue campaigns.

“In August 2020, ITV launched its updated environmental strategy and announced its ambitious goals to be net zero carbon emissions by 2030. ITV has also committed to ensuring that all staff are trained on the climate crisis by the end of 2021, and for 100% of its produced and commissioned productions to be Albert-certified by 2030. Similarly, the BBC published its Greener Broadcasting strategy in 2018.”

According to Jigna Chandaria, Lead R&D Engineer, BBC R&D, a sustainability strategy has been in place at the BBC for many years and now includes a commitment to reach net zero emissions by 2030. “This particular stream of work in R&D has been going on for the last decade and focuses on the wider BBC commitment to reduce the environmental impact of broadcast technology and delivery.”

“Organisations have doubled down on sustainability and for many it is now a core value,” Abdul Hakim, DPP

“We share everything we learn with the rest of the industry,” Chandaria continues. “We’re a founding member of DIMPACT along with 12 other media companies including the likes of BT, Cambridge University Press, Channel 4, ITV, Netflix and Sky. DIMPACT was formed in 2019 and is working with the University of Bristol to develop a tool that provides assessment modules for the emissions of video streaming, along with other industries like digital publishing and advertising.

“We also share knowledge and join forces with others such as the DPP, the Digital Television Group and the European Broadcasting Union to help bring about a more sustainable broadcasting industry.”

The latest big piece of BBC research focuses on the carbon impact of TV services. This white paper on the environmental impact of watching TV, covering the total energy use and carbon footprint of distributing and consuming BBC TV services, is available here.

“As there are many ways to watch BBC TV content: terrestrial TV, over satellite or cable, or streaming over the internet, we broke down our findings by platform and identified which aspects are the most energy intensive,” explains Chandaria. “The model examined the consumption of energy across each of the methods of media distribution in 2016 and did a ‘like for like’ comparison taking into account the assumption that the internet will continue to become more efficient as time goes on. It measured satellite, digital terrestrial television, cable TV and IP. 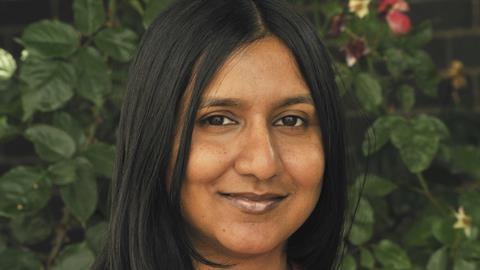 “Since that work was first published, we’ve updated our energy models to evaluate the carbon emissions for the 2019-20 financial year and we recently published a blog post with updated results on the energy and carbon footprint of BBC television services for this period.”

The BBC worked with the University of Bristol to create a mathematical model of the system.

“We used lifecycle assessment principles – although in this work, we have focused on electricity from the use phase only. We used a combination of primary data from measurements, along with industry data and estimates from academic literature,” Chandaria adds.

“For every platform, we found that the devices in the audiences’ homes used more energy in total than in our distribution chain,” Jigna Chandaria, BBC R&D

Across the total chain, consumption - which accounts for consumer devices and home routers - used the largest amount of energy at 94%, ranging from 76% for iPlayer to near-100% for satellite. Preparation (playout, encoding and multiplexing) and distribution (transmitters and internet networks) used 0.4% and 6% of the total energy, respectively.

“For every platform, we found that the devices in the audiences’ homes used more energy in total than in our distribution chain,” says Chandaria.

However, she points out that there have been very large improvements in this area over the past decade, particularly for TVs, due to new display technology and effective regulation. “Standby power for TV sets is now tiny,” she says. “However, because there are millions of these devices, the scale means that even small changes to improve consumer devices can make a very big difference overall. So, as an industry, we should work with device manufacturers to investigate further opportunities to reduce device power consumption.”

“In particular, it is important to take a system level approach,” she adds. “This is so that we can understand the effect of changes in one part of the system on other parts of the system. For example, newer video codecs may use more power for encoding, but then reduce network traffic. Of course, there’s also the effect on the decoders to consider.”

“Much has been said about the digital impact of consumer demand for streaming services,” says Hakim. “While it is important to understand at a strategic level what the impact is, this is outside the control of most broadcasters or streaming platforms. Video streams are delivered across multiple CDNs and then the internet, so at the consumption level individual ISPs and mobile network operators are responsible for delivering the content. This is where the power of the consumer becomes just as important. They can choose to subscribe to a more sustainable mobile network operator, for example, or use their devices until the end of use-life and then recycle them, instead of upgrading annually.”

However, as Chandaria has said and Hakim also points out, the impact does not just come at the point of consumption, but also during media production and processing. 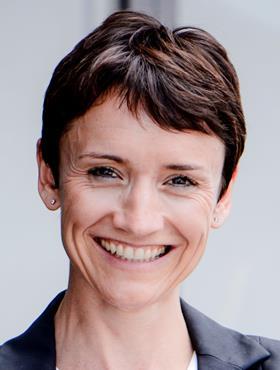 Alexandra_Maier Director of Marketing & Communications for Media Solutions at CGI

“Each time a large file is shared it consumes energy. Reductions in file sizes or operational and technical workflow improvements can reduce energy use and, therefore, carbon emissions. This can be achieved using new compression technologies, which result in smaller file sizes, and newer infrastructure technologies, which tend to be more efficient and intelligent when it comes to power consumption, as well as up-to-date CDN architectures, edge technologies and peer-to-peer sharing,” he says. “Investment in cutting-edge technology will be crucial to lower emissions in the future.”

Indeed, many technology firms are trying to address the problem. For example, iSize promises to use an AI solution that concentrates on the beginning of the streaming process. It uses deep perceptual preprocessing to look at the pixels in each frame of the video and optimise them for the encoding process.

“When we preprocess the original content using our BitSave technology, the encoder is totally unaware of any changes to the pixels done before,” says iSize CEO Sergio Grce. “However, the encoder is hugely helped by the preprocessing that we have done to the original file because now the codec can run faster, requiring less energy, and will output a file that is on average 25% smaller than without iSize technology. This is on the top of any savings that are already incorporated in the encoder that they are using.” 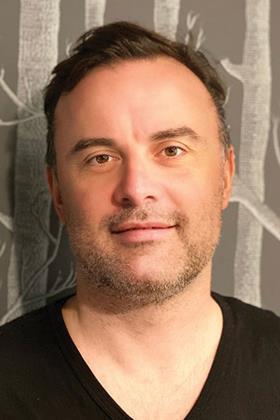 According to Grce, the preprocessing stage has low power impact and can be done on a very simple, ‘basic commodity’ CPU. The solution is tuned for factors like CPU type, specific resolution, how many live streams are required and so on, and matched to the client requirements. At the moment, iSize is working with Intel to optimise its technology to work in CPUs.

“According to Intel, around 85% of the CPUs powering those video streaming data centres are Intel,” says Grce. “We have optimised our algorithms for these CPUs so that less energy is needed. They’re very fast and it works flawlessly.”

As well as deploying the technology for gaming and social media use, iSize is talking to several telco companies that will be using the technology for live streaming or VOD. It can be deployed in a number of ways, including in the cloud through AWS Marketplace. “We’re starting to talk to third-party integrators in order to serve the telco community as well,” he adds.

Data centres are also keen to live up to their sustainable responsibilities. Alexandra Maier, Director of Marketing & Communications for Media Solutions at CGI, says the data centre and IT services provider “cares deeply about the environment”.

“In January 2021, we announced our commitment to achieving net zero carbon emissions across the business by 2030 working closely with our customers and partners to reach this important goal,” she adds. “We promote the development and use of sustainable facilities, continuously striving for greener buildings and workplaces, and research and employ new solutions for our data centres to improve efficiency and reduce energy consumption.

“We have to do our best to make viewers understand that our increasing viewing habits are actually hurting the environment,” Sergio Grce, iSize

“We strive to demonstrate environmentally friendly operations which directly benefits our customers through a range of objectives, including waste management practices and recycling, environmentally conscious purchasing decisions and minimising business travel and promoting alternative commuting options.”

The company has also produced a report on its corporate social responsibility.

“We have to do our best to make viewers understand that our increasing viewing habits are actually hurting the environment,” concludes Grce. “We need to require the companies to whom we are paying monthly subscriptions to do something about it, whether that is through internal optimisations, using sustainable energy for data centres, or developing or licensing technology like iSize in order to reduce this environmental impact. The acceleration, the growth and the demand of video is so fast that we are going to regret it if we don’t.”