Blockchain explained: All you need to know about the transaction technology

What is blockchain? In the second of a three-part series, Mark Mayne explains the technology and how it is being used by a host of industries, from established finance firms to food delivery start-ups.

Blockchain technology is a relatively simple concept - although things get complicated from there on in. 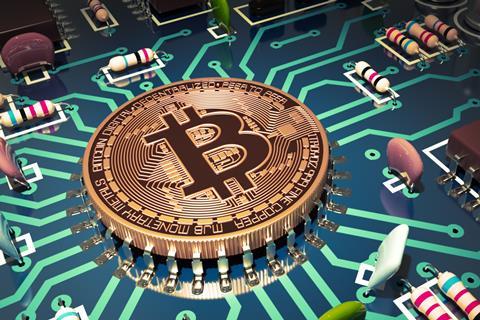 The core idea is of a decentralised ledger system, that while being widely accessible is also secure.

This is known as a distributed ledger technology (DLT), where information is stored on a network of machines, with changes to the ledger reflected simultaneously across the network.

The data is protected from malicious or accidental corruption by a cryptographic signature. Blockchain builds on DLT by grouping transactions into ‘blocks’, which also happens to be the basis of Bitcoin.

The Bitcoin blockchain concept was first described in 1998 by Wei Dai on the cypherpunks mailing list, and the first Bitcoin specification and proof of concept was published in 2009 by Satoshi Nakamoto, building on a large volume of work on cryptographic systems from a number of experts in the field.

His initial paper became the foundation of the Bitcoin network, which now has a market capitalisation of £31.6 billion.

“We proposed a peer-to-peer network using proof-of-work to record a public history of transactions that quickly becomes computationally impractical for an attacker to change if honest nodes control a majority of CPU power.

“The network is robust in its unstructured simplicity”, said Nakamoto’s original paper.

The identity of ‘Satoshi Nakamoto’ continues to be a mystery, sparking numerous theories, counter theories and claims - most recently of Australian entrepreneur Craig Wright, who - on balance - failed to prove he was Nakamoto.

Bitcoin may have become a decentralised transactional success story, handling up to 317,000 individual transactions daily, but has to some extent become a victim of its own success.

This growing volume of transactions has gradually slowed the confirmation speed of the network, resulting in a variety of proposals to resolve this ‘scaling’ issue, which are currently being hotly debated.

This scaling question has been an issue for many other widely supported crypto-currencies, including Litecoin and Ether, to name but two of the many hundreds of competing crypto currencies that Bitcoin has inspired, and also poses potential issues for other blockchain implementations.

Since Bitcoin grabbed the headlines, businesses and governments alike have been investigating blockchain technology with interest, some with a view to creating significant cost savings over traditional centralised databases, others with more esoteric applications based around the decentralised trust model.

However, one consistent theme is a lack of agreement as to what blockchain means to different businesses, sectors and applications, especially as the hype curve steepens.

A recent BSI report into the opportunities of blockchain technologies highlighted a “lack of clarity regarding terminology” as well as “a lack of understanding among businesses, consumers and authorities about how the technology operates, the potential use cases for DLT/Blockchain and the likely short- and medium-term market development potential”. 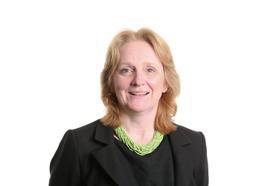 Anne Hayes, Head of Governance and Resilience at BSI, clarified: “Blockchain has the potential to generate efficiency and cost savings for businesses and organisations across all sectors.

“Standardisation will play a pivotal role in ensuring these benefits materialise, in part by ensuring security, privacy and governance between businesses that are working with Blockchain.

“In addition, establishing a common consensus on terminology will go a long way to ensuring Blockchain reaches as wide an audience as possible.” 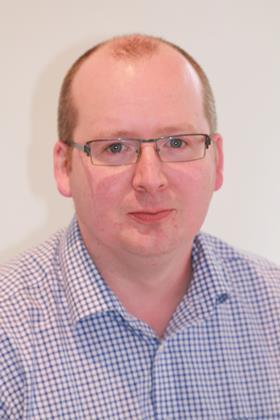 Joe Pindar, Director Strategy, CTO Office at digital security firm Gemalto, agreed: “It comes down to people not understanding what blockchain is all about and that is characterised by people focussing on use cases, rather than the wider picture - we’re looking at this on the wrong level at the moment.

“For me, blockchain should be really boring infrastructure that sits in the background, and the levels of hype at the moment have accelerated it far beyond what its role is” - Joe Pindar

“The issue blockchain solves really well is the question of ‘How do I transact with someone I don’t fully trust?’ We’ve solved this in the past by using trusted intermediaries, or a central system - like a bank manager, solicitor or lawyer, to act as that go-between.

“As the environment we work in changes from a monolithic model to a distributed model we will be using blockchain more and more.”

The finance industry was always going to be the obvious place for blockchain technologies to take root, and the sheer volume of start-ups and established incumbents mooting the technology is enormous.

From identity and reputation firms, audit, notary, and financial services infrastructure, the list is legion.

IBC2017 conference session Blockchain and Broadcasters: A Masterclass Exploring the Opportunities for Broadcasters - in Distribution, Transparency, Anti-Piracy and Other Areas

There are also significant consortiums established to build upon blockchain, such as R3CEV, which aimed to implement a version of permissioned blockchain to eliminate settlement latency in capital markets - a move that would potentially generate huge cost savings for established banks.

However, several major banks including JPMorgan and Goldman Sachs left late last year saying the organisation “failed to provide any commercial implementation of their technology”.

Pat McCool, Manager, Innovation & Strategy at Market Gravity said: “We’re still very much in the early adopter phase, there are a lot of start-ups leveraging blockchain, but the big companies are still really in the pilot phase. 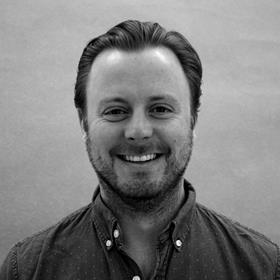 “It has remained very much a finance industry technology and that is where deployments are really being scaled, but even though the technology is maturing rapidly, it is at the beginning at the adoption curve.

“We are starting to see wider adoption, and I think the clearest sign of this is the increasing commoditisation of blockchain, start-ups are creating APIs and open sourced platforms similar to cloud computing - leased blockchain implementations for their own niche businesses.”

Chain is one such example. Authors of the open source Chain Protocol, which powers the Chain Core blockchain platform, designed to create enterprise financial products and services.

The company raised over $40 million in funding from Khosla Ventures, RRE Ventures, and strategic partners including Capital One, Citigroup, Fiserv, Nasdaq, Orange, and Visa. Another open source blockchain giant is Hyperledger, a collaborative effort hosted by The Linux Foundation, intended to foster cross-industry blockchain technologies.

It was recently announced that IBM would be using Hyperledger to build a new blockchain, the Digital Trade Chain, intended to help parties track, manage and transact internationally, on behalf of a consortium of European banks including Deutsche Bank, HSBC, KBC, Natixis, Rabobank, Societe Generale and Unicredit.

A more quirky use of financial blockchain comes from the UK’s The Royal Mint, maker of Britain’s coins, which has started testing a blockchain-based platform for trading gold.

The platform will allow institutions to trade “Royal Mint Gold,” or RMG a new digital token issued by the Royal Mint, and backed by a real 1 gram of gold stored in the Royal Mint’s vault.

And no list would be complete without mention of Etherium too, not only the basis of an increasingly successful cryptocurrency (ether, or ETH), but also an ecosystem enabling anyone from consumers to global corporations to create ‘smart contracts’ - or their own currencies - by issuing tokens based on a standard - ERC-20.

Transactions are confirmed by miners processing blocks of ether, which is hardcoded into the standard.

This combination has resulted in a recent phenomenon of the ‘ICO’ - or ‘Initial Coin Offering’, a fundraising and product distribution process which has attracted significant investment in recent months.

One example of blockchain deployment that is a little different is via UK startup Provenance, which aims to track your food’s journey from origin to plate, allowing consumers unprecedentedly accurate reporting, and also allowing supermarkets, restaurants and other stakeholders to ensure they are compliant with local regulations and their own ethical standards.

Blockchain is without doubt one of the most exciting technological innovations out there, whether you are a fintech startup, crypto-currency investor, enterprise or food producer.

Read more What blockchain could mean for media and entertainment