The challenges of niche sports production

Sports federations are increasingly partnering with sports producers to broadcast their niche events, now that production technology is more accessible and viewers can watch online. IBC365 talks to leading sports producers about the do’s and don’t of covering smaller tournaments.

Nowadays, there are more opportunities to broadcast niche sports events than ever before thanks to the rise of digital media and the fall in cost of OB equipment. 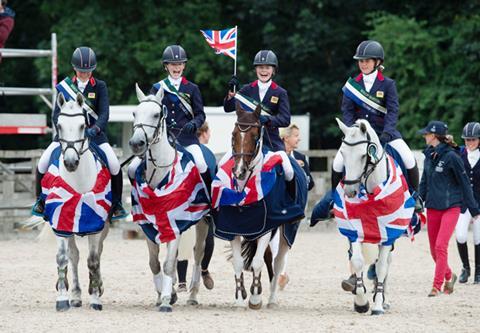 Yet there are still plenty of challenges involved in successfully broadcasting smaller tournaments, particularly around budgets and managing client expectations.

This is all the more case in an era when rival major competitions push ahead with continual breakthroughs in technology.

So, while this year’s Open Championship golf was covered by a record 90+ cameras and both the Winter Olympics and the FIFA World Cup pioneered virtual reality, production companies working on events like the inaugural Power8 Sprints and the forthcoming World Equestrian Games have been worrying about a raft of different issues.

For example, fans of this year’s FEI World Equestrian Games will enjoy more than just coverage of the action on TV – they will be able to watch a separate, daily behind-the-scenes show that the governing body has worked with IMG Productions to put on the schedule.

IMG Productions’ Head of Programmes Charles Balchin will be the man in charge of this extra programming in September and admits that only innovative thinking on a sensible budget will get it done. “We will have to create everything from scratch, because there’s almost no footage for this show. We’ll produce with a touch-screen Simplylive box; I’ll direct, vision mix and PA the show; we’ll have two reporters with two radio cameras roaring around the place; and it’ll look great.”

This is a fairly typical situation for broadcasting jobs of this size, but the dedicated sports production companies all work hard to deliver the highest possible quality on even the most modest budgets. 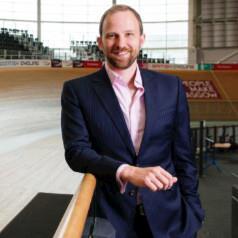 Jack McGill, CEO of QTV, which specialises in digital production for federations in sports such as archery, badminton and table tennis, knows that his clients see what the bigger organisations do with their live OBs and they want that level of quality. “Budgets are small and expectations are high, plus there is sometimes a misunderstanding by the client about the cost of equipment and the amount of time everything takes within the production,” he says.

One of the solutions to all these problems is for the rights holder to have a vision of the event as a broadcast property right from the beginning.

Executive Producer and Head of Women’s Sport at Sunset and Vine, Sarah Greene enjoyed that situation with British Rowing’s Power8 Sprints. “The federation came to us 18 months in advance with the idea of short, 350m races for both men’s and women’s eights who would each represent a city in the UK. It was a knockout format in both the male and female contests with top British and international rowing talent on show. The fans were four and five deep on both sides of Bristol Harbour and were able to see the entire race from their vantage point.”

The teams looked the part dressed in brightly coloured race uniforms and post-race punditry took place on a small motorboat out in the harbour within touching distance of the boats. For the YouTube audience that saw the races live, this was an exciting new event, says Greene who had also experienced success with another digitally-broadcast rowing event, the Henley Regatta.

“Henley is a classic example of how a rights holder can pay for quality TV production starting with just streaming and move it to a large sport broadcaster.” Sarah Greene, Sunset+Vine

Sunset and Vine started its live broadcasting work on the Henley Regatta in 2015 aimed at a YouTube audience and the BBC’s Red Button. It worked so well that BT Sport was quick to pick up show followed by Channel 4. S+V used drones, catamaran cams, cranes and Cineflex cameras to capture the action of an event that had lain relatively dormant as a TV opportunity for most of its 170-plus years of existence.

The initial live streaming audience on YouTube was almost 300,000 and rose to nearly 800,000 this year with total minutes watched at almost 8 million, says Greene. “Henley is a classic example of how a rights holder can pay for quality TV production starting with just streaming and move it to a large sport broadcaster.”

Acknowledging the need for new TV audiences and working in conjunction with a credible production company is what has fundamentally changed various sports in recent decades, including shorter formats like Twenty20 cricket or GolfSixes. TV has also inspired whole sports to make changes, such as triathlon staging its three race disciplines in city centres to attract larger on-site crowds or ski jumping creating a totally new atmosphere by operating competitions under floodlights. 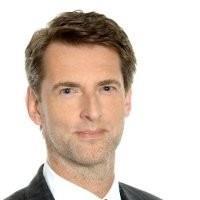 Charles Balchin thinks similar developments to sports are inevitable. “Nowadays, the sporting world is everyone’s oyster, but the question is: what is the value of the oyster? Is it worth it to produce your sport for a broadcaster?” he says.

The point is that federations can now see several ways to deliver their relatively low-key events to an avid band of supporters using various digital platforms, but will that event deliver a profit, a sponsor or enough new fans to justify the expense?

“Fencing, for example, can be filmed and delivered on an OTT platform with a three camera outside broadcast for perhaps £4-5,000, but the issue for the federation is that you’ve still got to earn your production costs back from someone,” says Balchin. “Even though equipment is so much cheaper and you don’t necessarily need a 10-camera shoot costing £25,000, the big issue is either showing your event free on a PSB channel like the BBC that brings huge exposure or targeting a small audience online for a subscription payment. Either way, you have to make it pay eventually.”

Gone is the time when niche sports had to fight for valuable coverage on terrestrial television. In the UK, for example, a sport like table tennis might occasionally get 20 minutes on the live BBC Saturday sports round-up show Grandstand and that was considered a triumph.

Nowadays, that same sport can go it alone and must bridge any difference in quality between coverage for a streaming platform and coverage on a more traditional broadcast channel. “It’s not about the number of cameras,” says Balchin. “A good director can deliver a very good show with three cameras, probably better than a bad director with eight. The issue for streaming is pipewidth because many parts of the world don’t have enough for high quality vision, so the picture can be a bit smeary and unpleasant.”

For smaller federations and sports events, less can be more. “In general, you have fewer cameras, more basic graphics out of a PC not Vizrt graphics. The slow-mo won’t come from EVS equipment, but something more basic and all those things are possible,” says Balchin. “Those of us in TV have to remember that the average viewer doesn’t really know how things work behind the scenes. ZDF or the BBC might be pushing 4K or UHD, but there are plenty of ways to make sports events very viewable without the highest quality technology.”

“Fencing can be filmed and delivered on an OTT platform with a three camera outside broadcast for perhaps £4-5,000” Charles Balchin, IMG

Meanwhile, the digital platforms that appear to be begging for more live sports content do not want to drop their broadcasting standards either just to fill a slot or in the hope of gaining new audiences. This is where the production company has to step in.

In particular, it is crucial to make a good impression from the very first moment. Jack McGill says: “With a TV show, some of the wider audience may have had no engagement with the sport beforehand and are seeing it for the first time. So, dressing the venue is so important for everyone – it needs professional lighting and a quality sound system because no one wants the TV feed to look amateurish and give the new audience a bad first impression.”

The production company also has to take the lead when advising between a live feed, which might be a risk, or an edited programme which can overcome problems in post-production.

“At its heart, these events are not about us,” says McGill. “It’s the client’s reputation that is on the line. The audience is judging them, not the production company. Of course, we want the broadcast to be a success because then we will get more business, but the production company has to understand what’s at stake and see the decisions from the governing body’s point of view.”

IBC2018 The NextGen: Interactive + Immersive Experiences conference track at IBC2018 will provide insight into developments within the worlds of eSports, live production, AR and social.