A 5G ‘Network in a box’ solution, used in the live remote broadcast production from Edinburgh Airport as part of Operation Unicorn, was ‘robustly trialled’, proven and deployed through the IBC’s Accelerator Media Innovation Programme.

An innovative ‘private 5G’ network solution was deployed to connect cameras used in the international broadcast coverage of Her Late Majesty Queen Elizabeth II’s final departure from Scotland on 13 September. 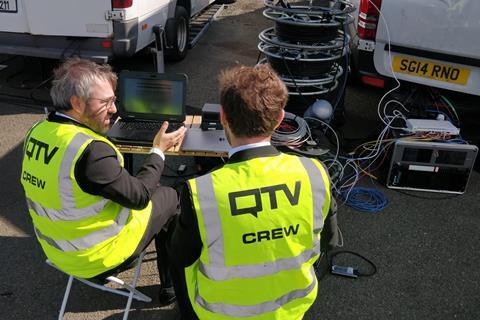 The ‘Network in a box’ stand-alone solution delivered live footage to broadcasters across the globe in what is thought to be a world first for television production, by Glasgow-based outside broadcast specialist QTV.

The private 5G network was designed and deployed by the University of Strathclyde and its spin-out company, Neutral Wireless Ltd, and developed through a series of ground-breaking proof-of-concept trials as part of the 2022 IBC Accelerator Media Innovation Programme.

Operation Unicorn – the codename of the plan for handling Her Late Majesty’s death should she pass away in Scotland – saw the Queen’s coffin transported from Edinburgh Airport to RAF Northolt by air. This created the need for a high-definition, broadcast-capable, wireless solution that avoided the use of cables across the airport runway, whilst mitigating interference and guaranteeing quality of service. 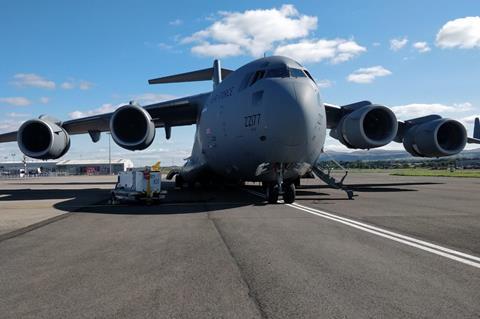 The Neutral Wireless pop-up 5G SA network was deployed for QTV within 24 hours of the spectrum licence in the radio frequency band n77 (3.8GHz – 4.2GHz) being granted by Ofcom. The use of such a private 5G SA network at an airport is also believed to be a first.

The network was trialled and proven viable for broadcast use cases as part of IBC’s Accelerator Media Innovation Programme, a fast-track framework for collaborative innovation. The trial involved an international consortium of broadcasters and media technology vendors over the course of 2021-2022.

Professor Bob Stewart, from University of Strathclyde and head of the University’s Software, said: “The use of a dedicated 5G private network operating in shared spectrum licensed by Ofcom is believed to be a first for live TV news. 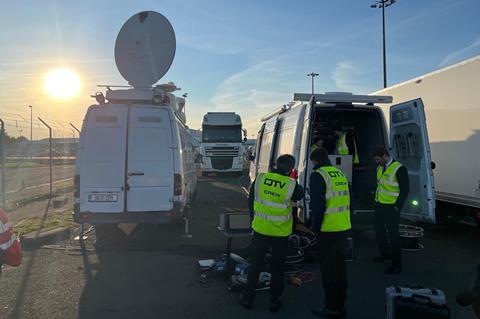 “A spectrum licence was granted in the n77 frequency band at Edinburgh Airport and the network was rapidly deployed on the tarmac beside the runway to provide connectivity for a wireless camera position. The network operated live and with no technical issues for nine hours.”

QTV worked closely with national broadcasters for Operation Unicorn, which provided a world feed to television channels globally, including content captured over the private 5G network.

Jack McGill, CEO of QTV, said: “The decision to deploy such a radically new solution came about at the IBC show in Amsterdam less than 48 hours ahead of the events of 13 September. Indeed, it is because of IBC’s Accelerator programme that 5G has been so robustly trialled – including our own involvement in that process - and we had every confidence that it had reached maturity for live deployment on one of the UK’s most significant ever live events.”

The outside broadcast at Edinburgh Airport was also supported by Open Broadcast Systems and Zixi, with the former providing encoders and decoders, and Zixi providing licences to use the software Defined Video Platform, Zen Master Control Plane and protocol over 5G at short notice. 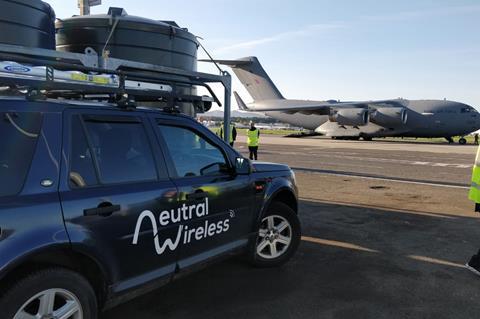 “Due to the scale of the production in Scotland - and indeed the whole of the United Kingdom - technical resources were stretched beyond capacity. This small but significant site was left without any traditional RF systems for positions that could not be cabled. The situation demanded new and innovative technological thinking to achieve the expectations of the production,” said Gareth Gordon, CTO at QTV.

“From the band of the Royal Regiment of Scotland to the RAF’s C-17 Globemaster taking off and carrying Her Late Majesty The Queen from Scotland for the last time, these were breath-taking live pictures broadcast globally from the airport tarmac. The video link on the 5G network wasn’t there as a back-up – it was a live feed to the world.”

This IBC Accelerator project has delivered a series of breakthrough experimental broadcast use cases during 2021 and 2022 including several world firsts in remote regions of the world including Ireland, Kenya, New Zealand, and live to the IBC show floor from the Highland Games in Pitlochry, Scotland, on 10 September.

Cameron Speirs, Chief Commercial Officer at Neutral Wireless, concluded, “It is genuinely innovative technology, pioneered in Scotland, and it was because of IBC Media Accelerator Programme that we had the proven use cases and dialogue with all the right industry expertise to make it a reality.”