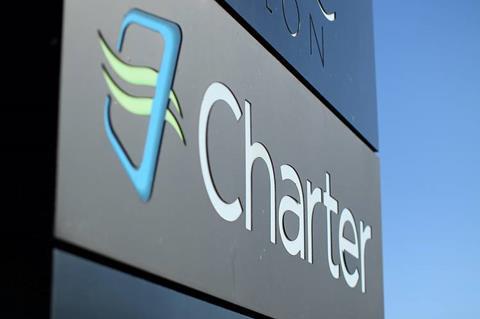 AMC Networks has announced a deal with Charter Communications to boost the distribution for its ad-free AMC Premiere and subscription streaming services.

Customers will get access to AMC Premiere, Acorn TV, Shudder, Sundance Now and UMC. The launch is part of a recent broader, long-term agreement between the two companies that includes continued carriage of AMC Networks’ AMC, BBC AMERICA, IFC, SundanceTV, WE tv and BBC World News linear television networks, as well as an extension of a previously announced co-production arrangement between the companies.

AMC Network chief operating officer Ed Carroll said in a statement: “We have great admiration for Charter, and we’re proud of the productive and mutually beneficial partnership we have enjoyed for decades.

“As both of our businesses continue to evolve, we are very pleased to expand our relationship by enriching Charter’s offering with our targeted SVoD services. Much like our networks, our SVoD services serve passionate audiences with the content they love.

“We look forward to continuing to forge a new path with Charter, giving Spectrum customers access to our shows on whatever platform they choose.”

The deal with Charter was announced on the same day the programmer posted its third-quarter results.

AMC Networks is crafting “new monetisation patterns” for its content and eschewing a “one-size-fits-all approach for each piece of content,” he said.

The firm’s third-quarter earnings underscored the economic forces facing the owner of AMC, BBC America and other cable channels.

Sapan told analysts that the company is re-thinking its approach to selling rerun rights to its shows to outside SVoD platforms. In the past, AMC Networks has struck output deals for multiple series at a time with partners such as Netflix and Hulu, but in the future every series will be evaluated on a case-by-base basis to generate the highest return.