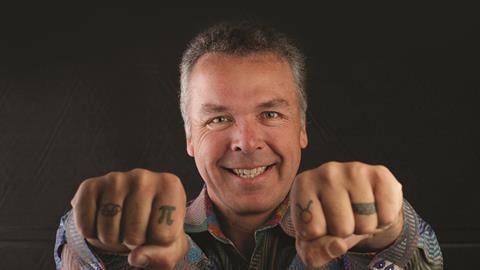 As well being SVP, Chief Architect and CTO of Engineering at Cisco Systems, Dave Ward also has ownership connections with both a vineyard and a tomato farm.

Recognised as a Cisco Fellow and a Juniper Fellow, Ward took on three session duties at the IBC Conference in 2016, talking alongside other CTOs in ‘The IP Studio: A Proof of Concept’ and ‘CTO Strategic Roadmap: The Technologists’ View’, and speaking again in a Rising Stars session, ‘New Skills for the Robot-Dominated Future’.

IBC: With so many young people wanting operational or creative careers in media, rather than technical credentials, where do you think we stand?

DW: People are going to need more of the general IT skills, and especially networking and cloud and virtualisation skills. Creative talents to explore new formats will also be important.

IBC: Should we be more excited about the potential of AR and VR than 3D, especially given the need for new skills to exploit it, and the issues around finishing VR projects?

DW: As we know, the formats and trends that resonate with the public are very hard to predict. The industry will need to try many new formats and double down to invest on the successful ones; the rise of flexible and programmable production infrastructures will increasingly enable this.

Beyond VR and headset constraints, the use of immersive formats, AR, and also free-viewpoint video, could be game changers.

IBC: What do you expect the next strategic technology issues will be?

CW: One main challenge is the need to continue to build a bigger and better internet, as the demand to consume richer forms of entertainment online, at home or on mobiles, has only just started.

There is a lot we can do to improve the native ability of IP networks to scale and meet this demand.

Media innovation no longer exists in its own bubble. Developments in other domains as diverse as mobile, drones, displays or the internet itself are all connected and driving innovation acceleration in media.

“Media innovation no longer exists in its own bubble”

The cycles of innovation are getting shorter across all industries, but it doesn’t make it easier to predict. Co-innovation with academia and start-ups is also a precious way to anticipate innovation trajectories. Ultimately it’s all about timing.

IBC: Now we have the proof of concept of IP and IT, are end users frustrated by the process of easing SDI out and IP in?

CW: At NAB 2016 there appeared to be a real growing momentum behind the transition to IP. This is a major step towards embracing true virtualised infrastructures, which will bring unprecedented flexibility to run and expand media operations.

Whether remote production, deploying new live channels, or testing five different studio configurations in a few minutes, it will be a complete game changer. As users adopt new technologies, their expectations and use of those technologies evolve, and demanding interoperability is a great example of this.

IBC: What of the other huge game changers – OTT and HDR?

CW: Successful OTT platforms have been designed with and driven by analytics from day one. It’s a very powerful way to drive viewer satisfaction and it’s not a surprise to see these best practices now rapidly adopted across all media platforms.

HDR content looks fantastic, and if successful, it will be required to support increasingly heavy uncompressed video streams, beyond 40 Gbit/s for a single 4K live stream, across virtualised production data centres and applications. This is a good example of what we at Cisco are going to enable.

He has been the Routing Area Director at the IETF and chair of four Working Groups: IS-IS, HIP, BFD and Softwires and worked with the ITU-T, ONF and several Open Source Consoritum. David was also a Juniper Fellow and Chief Architect working on the operating system and next-generation routing systems. Dave has a small vineyard in the Santa Cruz Mountains, an heirloom tomato farm along the St. Croix River in Somerset, Wisconsin.