IBC held its first in-person event for two years last week when the IBC Accelerator Kickstart Day took place at Savoy Place, the home of the Institute of Engineering and Technology, and the original home of the BBC, on 7 April.

Although the programme has already hosted two cohorts of projects, everything has been done virtually due to the restrictions of Covid-19 lockdowns.

Mark Smith and Muki Kulhan, Co-leads of the programme, spoke about the excitement of finally being able to meet participants in the flesh. “It’s great having human contact,” said Kulhan. “We’ve just been seeing people on a video screen – we’re meeting so many people for the first time as well. We’re used to seeing people from the shoulders up.” 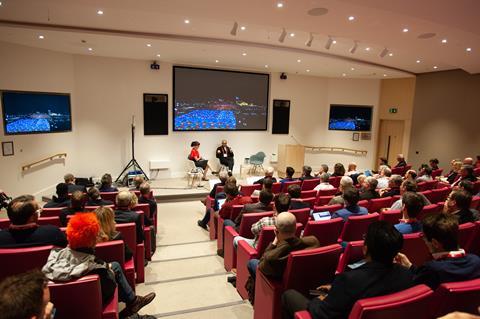 Smith echoed her response. “It’s almost as if we’ve known their avatars, but now we’re meeting the real people behind the avatars,” he said.

In his keynote address, IBC CEO Mike Crimp spoke of the importance of meeting in person after the cancellation of last year’s IBC. “I actually got goosebumps,” he said. “It’s not just an event – it’s an IBC event.” He went on to stress the value of the programme. “The Accelerator’s a hidden gem and it’s got a great future,” said Crimp. “It’s a new way of collaborating – a fluid event. People realise they can get up and pitch an idea and get interest in it.”

Following the keynote Mario Reis, Head of Telecommunications at Olympic Broadcasting Services, gave a presentation on innovation at the Tokyo and Beijing Games. Reis spoke of the challenges faced in producing live coverage of the Games in the middle of a global pandemic, and emphasised that “being friends and having trusted partners is the important thing”. These were the first Olympics to use 5G infrastructure, which allowed for more flexible approaches to coverage of events. “You can get new content distributed live,” said Ries. “That’s the innovation.” 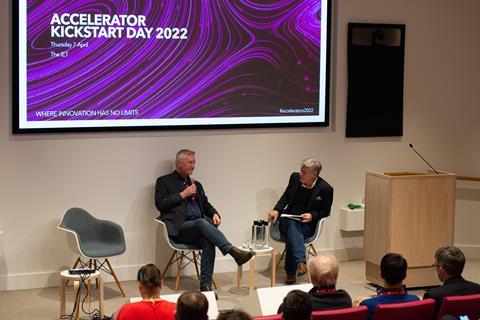 Sponsored by software-defined video platform Zixi, the event also showcased the eight challenge projects from the 2021 cohort. Accelerator challenges are defined and developed by media organisations themselves, facilitated and managed by IBC, with collaboration at the core. They focus on addressing and solving challenges set out by end users and buyers (Champions) of media and entertainment technology, products and services, working to develop innovative solutions over an intensive four- to six-month project path.

Stephen Clee, Head of Sales for Europe at Zixi, spoke about his company’s involvement in both Accelerator programmes. He said he felt that the programme was a great way for the industry to learn about Zixi and what the company does. He followed with a presentation about Zixi’s commitment to sustainability and how the company supported broadcasters in this effort with software that provides significantly improved efficiencies. 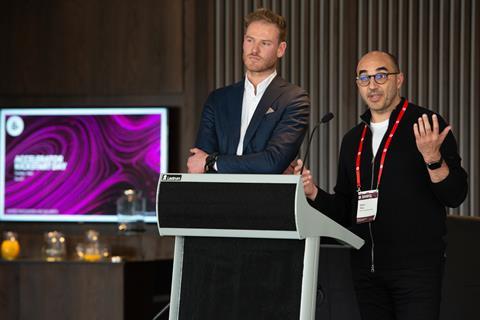 Presentations from the 2021 cohort culminated in a live demo of 5G live video contribution from the BBC, BT Sport, OBS, TV2 and the University of Strathclyde using a private network set up in the theatre.

Ian Wagdin from BBC R&D, who ran the demo, spoke about the benefits of being involved in the programme. “What’s great about working on the project is that we get to work with lots of different people who we wouldn’t normally work with,” he said. “It’s not just the BBC working on something in isolation, but working with other broadcasters. Alongside that, we can bring a whole bunch of technology providers together and plug up kit from different manufacturers and make sure it actually works. And that’s far more like we do in the real world when we’re building solutions for production.” 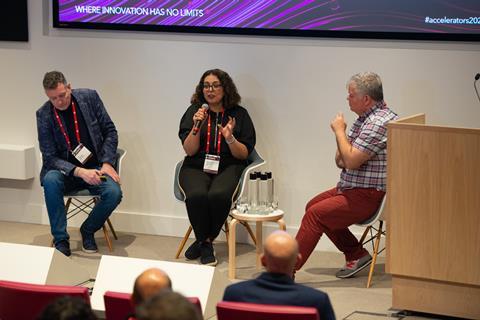 Wagdin emphasised the importance of the collaboration the programme offers. “It’s a friendly environment where nobody’s keeping secrets,” he said. “Everyone wants to make things work, everyone understands if things don’t work. Everyone understands it’s an experimental environment. But it also gives us a chance to understand the benefits for us as broadcasters and therefore where our return on investments can come from.”

The second part of the day saw innovative challenge projects pitched for the 2022 programme, which included:

After the pitch session, attendees engaged in project matchmaking and brainstorming for each of the proposed projects.

A number of the pitches were from members of the previous programmes who were looking to further develop their concepts. 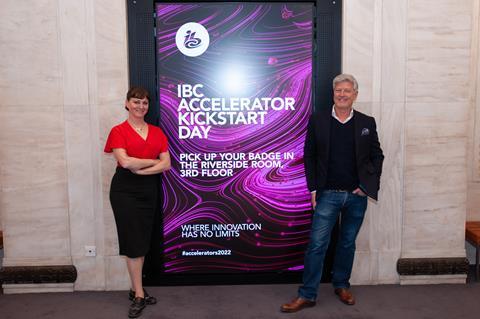 Muki Kulhan and Mark Smith, Co-leads of the programme

Kulhan and Smith spoke of the realities of launching this programme just before Covid caused the cancellation of live events around the world, and some of the unexpected benefits of remote working.

“I think we’ve been very lucky that this programme came along at the time it did,” said Smith. “It was always about remote collaboration anyway, because we wanted to bring people together from all over the world. Covid just accelerated that process. We need to keep reinforcing the benefits of international global collaboration via virtual connections.”

“Innovation doesn’t stop - ever,” said Kulhan. “And I think this gave people the chance to think about innovation and try things, and really keep showing that there’s R&D in place and there are new prototypes being made, even while in lockdown.” 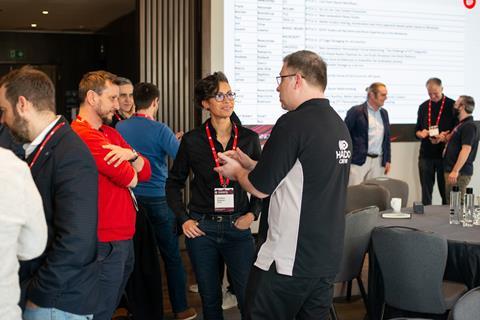 Kulhan touched on the benefits that participants have already seen from their involvement in the Accelerators. “They have seen an increase in their business and many successful commercial relationships have been spawned between champions and participants,” she said. “The open knowledge and learning gained from the proof of concepts and all of the materials that are developed between the consortiums and the teams are able to be used to grow their businesses in both profile and profit.”

She described the conversations she’d had that day regarding the upcoming IBC Show: “People are saying how excited they are. People are already telling me ‘I’m in Hall 5, I got the stand, I’ve upgraded myself’.” 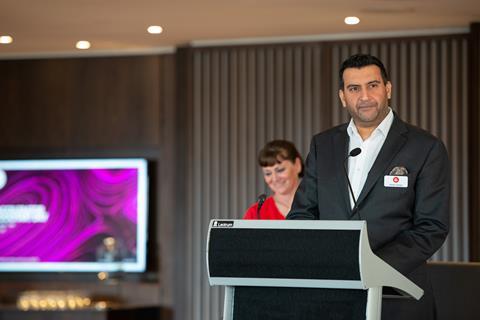 Smith spoke of the anticipation being generated for this year’s IBC Conference. “I think the big component of the Accelerator that has been missing for two years is the combination of the proof of concepts being shown on the show floor and on stage at IBC,” he said. “I hope to see eight amazing projects with more than 100 companies showcasing some fabulous innovation. I think this year is a big year for us to really get some massive traction with this programme.”

Imran Sroya, Director, IBC, closed out the event with a speech emphasising the organisations’ commitment to the Accelerator Programme, and presented the Accelerator Project of the Year Award 2021 to the 5G LBXR (Location Based Extended Realities) project. The winner was selected by a jury of independent media and technology experts from across the industry.