A European ban on telecoms equipment from Chinese vendors would increase the cost of 5G deployments by around €55 billion, according to analysis from the GSMA. 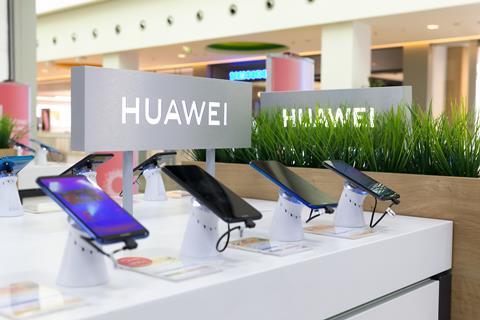 Any ban could also delay implementation of the next generation of mobile networks by up to 18 months, according to a report seen by Reuters.

European governments are debating whether to ban telecoms providers from purchasing 5G equipment from Huawei and ZTE following pressure from the US over alleged security concerns.

The Trump Administration placed Huawei on a trade blacklist in May, meaning US companies need special permission to buy or sell to the company, increasing pressure on European countries.

The GSMA, which represents telecoms companies worldwide, investigated the total additional costs that would result on a full ban of Huawei and fellow Chinese vendor ZTE.

It said: “Half of this (additional cost) would be due to European operators being impacted by higher input costs following significant loss of competition in the mobile equipment market.” Additionally, operators would need to replace existing infrastructure before implementing 5G upgrades.”

The Trump administration’s ban on Huawei came as telcos worldwide began deploying 5G. BT-owned EE, for example, became the first UK operator to switch on its 5G network at the end of May.

Chinese companies account for 34% of worldwide applications for major patents related to 5G technology, with Huawei holding the highest number, according to IPlytics.

The impact of the US ban is already apparent, with Google stating that it would no longer provide Android software or support for Huawei phones from August. Facebook has also said it will ban Huawei from pre-installing its apps, including the likes of WhatsApp and Instagram, onto its devices.

The GSMA report was written prior to the US ban, which comes among a wider trade dispute between Donald Trump’s US administration and China.

Huawei, for its part, has launched legal action against the US government, claiming its actions “set a dangerous precedent”.