Stream Labs has updated several of its main products recently, including the release of VPlay5, which adds new functionality to its multichannel broadcast playout server for UHD channels. 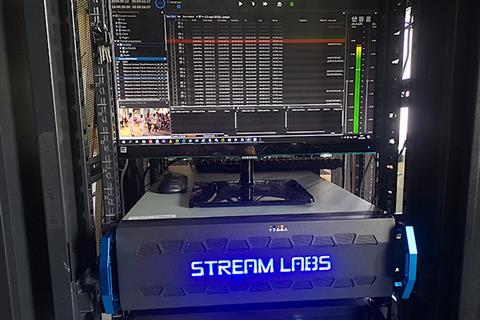 These include: input signal reservation and automatic replacement of external sources; the ability to receive and form SRT streams with encryption; improved handling of unstable IP streams; the ability to receive and decode subtitles in OP-42/47 format; and new functionality for operating with subtitles, such as a built-in character display speed check for the subtitle editor.

VPlay5 also has new Nvidia drivers supporting up to three-stream encoding on GeForce GTX 1050 Ti GPUs and higher, instead of the previous two.

It offers new hardware encoding that greatly expands the capabilities of users’ current hardware through the use of GPU encoding, while the implementation of a common database on a central server should make backing up recording servers simpler.

Also simplified is introducing a delay for synchronising differing recording sources in the archive, using the new Time Delay functionality, which allows users to reproduce all signals from the archive on a mosaic with frame-by-frame accuracy.

For use in studio and broadcaster environments, the system also supports: Quad-link 3G-SDI, 12G-SDI UHD signals; SMPTE ST 2022-6 signal monitoring for IP interfaces; ANC decoding in SDI signals for monitoring SCTE-104 tags, OP-42/47 subtitles; and display of OP-42/47 subtitles using a customisable template, which allows users to place information in any part of the visualisation window.