The new 4audio DAB-4c is a high-density, hybrid product designed for some of the special challenges that a broadcaster might face when considering DAB+. 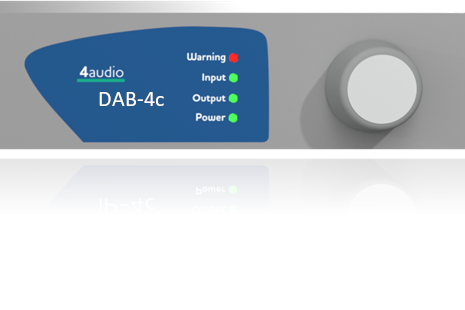 2wcom says an example might be operating DAB in expanded networks including EDI and ETI multiplexers as sources, operating legacy ETI and EDI transmitters in parallel or operating DAB in already existing infrastructures originally not intended for DAB, such as DVB-S/S2 or ASI.

The DAB-4c converter is designed for these situations and several features allow for navigation through the time of switchover until a new homogenous system is installed. The device allows for the reception of data signals from legacy ETI and EDI multiplexers at the same time and converts the signals respectively for transmitters in the field. As a high-density solution the device offers four ETI outputs and four ETI bidirectional interfaces (I/O) to increase the number of ETI outputs if ETI mirroring is needed. The product is also equipped with two Ethernet I/O data interfaces. In addition, an optional satellite tuner enables integration into cost-efficient, already existing satellite distribution systems to optimise coverage and distribute programs for regions lacking broadband IP.

For synchronisation of all sites, the DAB-4c can use PTPv2 or an external 10Mhz signal and, in case of failure, an internal recovery from the EDI stream by jitter removal assures an ongoing synchronised transmission. Regarding transmission robustness, the device provides the possibility of seamless switching between two EDI or ETI sources (PFT dual streaming).