The next generation of robotic cameras produce the smoothest motion and the best ROI, writes David Workman, director of business development, Telemetrics

Although the daily news segment is typically profitable for television stations, it is expensive to produce and the competition is fierce – viewers have high expectations for a very clean, well-produced, informative and entertaining show. 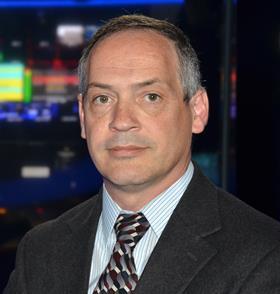 Camera robotics are one such set of automation tools available.

The timing of the show is typically much crisper, holding the viewers’ attention and giving the talent the opportunity to interact more with the audience.

Without that continuity, many viewers will reach for the remote before the next commercial break.

Automating some elements in the production usually entails a substantial upfront investment, but can dramatically reduce ongoing operational costs.

The primary reason for automation, however, is that it also improves the quality and consistency of the show, providing flexibility for a broadcaster to create more complex elements within their production – and do so with less people.

For a news show to look amazing, however, the camera movements have to be perfectly smooth.

It doesn’t matter if the camera is manually operated or under the control of a robotics system, it needs to have a fluid and natural motion.

A production using robotics can have more complex moves and better consistency than a manual show, but the perceived quality will fall short if the motion is not smooth or if the camera wobbles, especially when it first starts moving or decelerates quickly to a full stop.

Adding a teleprompter makes it even more difficult to get that perfectly smooth motion.

The teleprompter not only adds additional weight, but the outer hood usually has some flex to it – and any wobble in the hood will jiggle the camera as well, which will be very apparent in the video.