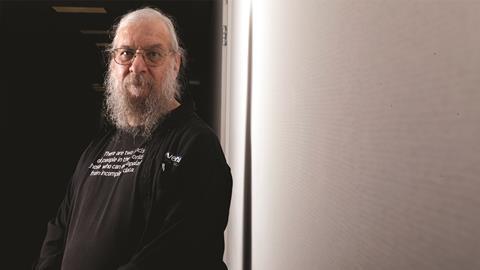 Dr Rich Chernock: 'IP delivery of TV is the future'

The transition to IP, the value of metadata and the ageing media industry are just some of the issues facing the broadcast sector today.

During the IBC2016 Conference session ‘The Global Landscape for Broadcast TV Systems’, held in association with FOBTV (Future of Broadcast Television), Dr Rich Chernock was perfectly cast as the reviewer of the perils and opportunities facing television.

His chairmanship of the ATSC technology group on ATSC 3.0 (TG3) and his role at Triveni Digital as Chief Scientific Officer, as well as his support of FOBTV, enabled him to paint an interesting future landscape.

“It is clear that broadcasters cannot remain complacent”

“Broadcasting is facing difficult times around the world – with spectrum availability issues in many geographies and increasing competition from alternate delivery mechanisms,” he says. “It is clear that broadcasters cannot remain complacent. They need to evolve the services and delivery technologies that they offer viewers.”

This is one of the driving forces for the emerging ‘next generation’ systems. How does Chernock judge the certainties of IP?

“While I do believe that IP delivery of TV is the future – we have adopted IP transport as the core of ATSC 3.0 – there are different meanings of IP delivery,” he says. “Broadcasting still remains the most efficient mechanism to distribute the same content to a large number of people.

“However, multicast does not work over the internet, although it may work within managed networks. This leaves unicast delivery for internet delivered content. Unicast delivery over IP (OTT or IPTV) is excellent at taking different content to different people, so it is suitable for VOD or Netflix-type streaming.

”Unicast delivery of the same content to numerous viewers can have significant scaling issues – especially with regard to the cost of delivery.”

On the question of whether Europeans should take closer notice of ATSC 3.0, Chernock gives an affirmative.

“While it is the newest next-gen broadcast system to emerge, broadcasting is evolving around the world. While we haven’t created a single broadcasting system for the world, as these systems evolve they are becoming increasingly similar, and we are moving towards a common goal.

“Many broadcasters in the US are looking at ATSC 3.0 to allow them to provide new types of services. The business models and infrastructures for broadcasting differ in different countries, but I believe that we can all learn from each other,” he adds.

Metadata coming to the fore

On the issue of metadata coming of age and value, Chernock observes, “metadata has always been one of those ‘hidden in the background’ things. Since the transition to digital, it has been an essential element to make TV work.

”As one simple example, without signalling metadata, a receiver would not know which streams to decode in unison to provide the video and audio of a TV programme.

“So, the metadata for signalling and announcement is a core part of making linear TV work, and will continue to be that into the future,” he says. “However, television has evolved past the simple linear model to much richer services involving interactivity, creation of services composed of components delivered in real time over broadcast, pulled in real time from broadband and even pushed in advance.

“Metadata is the key to making all of this work together. Management of all of this metadata throughout the content lifetime – and into the actual broadcast – is essential and becoming increasingly complex, which might explain the growth,” he continues.

Another topical question is if broadcasting needs new tactics for attracting young talent into a changing industry.

“The average age of practicing broadcast engineers seems to be continually increasing – at least in the US,” says Chernock.

“Broadcasting doesn’t seem to have the same appeal as alternative engineering careers, such as networking, software development, or communications related to the internet. It is also a difficult subject to learn. With the new capabilities of the next generation systems, broadcasting will regain public attention, which will help to attract new people.” 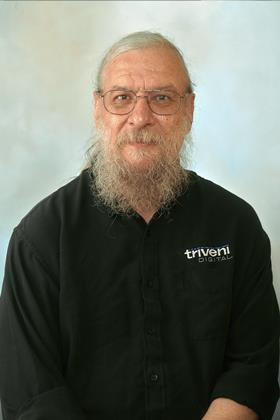 Dr. Chernock is currently Chief Science Officer at Triveni Digital. In that position, he is developing strategic directions for monitoring, content distribution and metadata management for emerging digital television systems and infrastructures. Previously, he was a Research Staff Member at IBM Research, investigating digital broadcast technologies.

Dr. Chernock is active in many of the ATSC, SMPTE and SCTE standards committees, particularly in the areas of future DTV, monitoring, metadata, and data broadcast.

In another life, he used transmission electron microscopy to study materials characteristics for advanced ceramics packaging and semiconductor technology at IBM. His ScD was from MIT in the field of nuclear materials engineering.