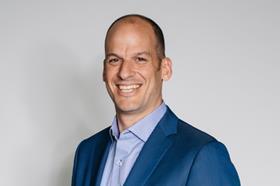 Discovery has named Andrew Georgiou as president of Eurosport in a role that will also see him oversee sports rights and marketing across the Discovery Group.

Georgiou joins Discovery from Lagardère Sports and Entertainment, where he has served as CEO since 2014. He first joined Lagardere in as COO in 2006. He was later appointed its CEO for its Asia business before being upped to global CEO in 2014.

Georgiou will replace Peter Hutton as the top man at Eurosport. Hutton left the company to head up Facebook’s bid to acquire global sports rights in 2018.

Georgiou will be tasked with driving the continued growth of Eurosport, the European sports platform, in this newly created role. He will also look after acquiring sports rights for Discovery’s global portfolio, reporting to JB Perrette, president and CEO of Discovery International.

Perrette said: “Andrew’s an impressive leader with a strong commercial and entrepreneurial passion and track record. He’s the ideal person to lead the continued expansion of Eurosport and help find new ways to bring Discovery’s unparalleled multi-screen capabilities and assets to work for rights holders and marketers across the globe.”

Georgiou added: “I admire how Discovery is using its leadership position with Eurosport to revolutionize the company’s approach to delivering sports content across all media channels. The company’s ambitious plans to change the way fans consume sport ‘they can’t live without’ is an exciting journey to be part of. I’m thrilled to join the best leadership team in media, and look forward to working with JB, Eurosport’s world-class team, and the larger Discovery group as we write this next chapter for sport.”