3
A 10-year vision for the future of media production

A 10-year vision for the future of media production

Major challenges in the production and distribution workﬂow could hamper innovation, and that is why non-proﬁt technology research lab MovieLabs has been working with its members on how best to integrate new technologies, writes Richard Berger, MovieLabs. 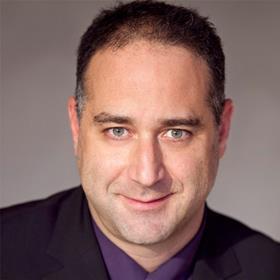 Storytellers and creatives have historically been the beneﬁciaries of new technological innovations as production has evolved over time. In the decade ahead, the challenge will be to efficiently introduce emergent technologies into our production workﬂows to enable greater creative freedom while supporting the unprecedented volume of content being created. We have been strategising here at MovieLabs with our member studios (Paramount Pictures, Sony Pictures, Universal Pictures, Walt Disney Pictures, Warner Bros), to establish our vision for the future state of technology in ﬁlmmaking over the next ten years. In August we published a white paper describing this vision, available for free download from movielabs.com. We organised our vision into ten principles, across three groups – Cloud Foundations, Security and Access and, sitting on top of them all, Software Deﬁned Workﬂows.

ALL ASSETS ARE CREATED OR INGESTED STRAIGHT TO THE CLOUD AND DO NOT NEED TO MOVE
In our vision of the creation process, all assets – from the ﬁrst script to every captured ﬁle, every computer-generated asset and all associated metadata – will be stored upon creation in a cloud (public, private or hybrid). Acquisition devices such as cameras, microphones and sensors would directly connect to the cloud, and assets would be transferred seamlessly.

APPLICATIONS COME TO THE MEDIA
While today huge digital media ﬁles need to be moved between facilities, in 2030 we envision productions where ﬁles do not move and software tools come to them. This requires fast cloud storage and processing which can serve thousands of virtualised workstations and give artists secure access to the software tools they need wherever they are.

PROPAGATION AND DISTRIBUTION OF ASSETS IS A ‘PUBLISH’ FUNCTION
With all ﬁles already present in the cloud, the act of distribution really becomes the content owner changing the permissions on the ﬁle from creation stage to publish stage and allowing their licensed distributors to access and retrieve the completed media or to allow consumer applications to pull those assets.

ARCHIVES ARE DEEP LIBRARIES WITH ACCESS POLICIES MATCHING SPEED, AVAILABILITY AND SECURITY TO THE ECONOMICS OF THE CLOUD
Currently, archiving is a process of withdrawing access to assets by putting them somewhere where most people cannot access or destroy them. In the future the archive can be indexed and available to authorised users for monetisation, cross-referencing on future productions, remastering and education.

PRESERVATION OF DIGITAL ASSETS INCLUDES THE FUTURE MEANS TO ACCESS AND EDIT THEM
Storage in the cloud solves many problems from redundant storage devices or orphaned ﬁle systems. But it is also necessary to protect our future colleagues against defunct applications by seeking out interoperable ﬁle formats, open standards and potentially open-source code to ensure we can continue to open and edit ﬁles.

EVERY INDIVIDUAL ON A PROJECT CAN BE IDENTIFIED, VERIFIED AND THEIR ACCESS PERMISSIONS EFFICIENTLY MANAGED
In our 2030 vision, access to every asset can be authorised to a speciﬁc individual for a speciﬁc task and a speciﬁc duration. An industry-wide means to identify and validate every industry person who has access to a production asset will be required. Writers, producers, colourists, studio executives and anyone else involved in the process would have their unique identity that would be used to determine what they can control, access, or edit across productions.

ALL MEDIA CREATION HAPPENS IN A HIGHLY SECURE ENVIRONMENT THAT ADAPTS RAPIDLY TO CHANGING THREATS
We consider enterprise-centric security solutions designed to protect IT infrastructure insufficient to protect complex video workﬂows. Therefore, we propose a new security architecture be designed speciﬁcally to protect cloud workﬂows rather than the infrastructure the workﬂows run on.

INDIVIDUAL MEDIA ELEMENTS ARE REFERENCED, ACCESSED, TRACKED AND INTER-RELATED USING A UNIVERSAL LINKING SYSTEM
A fundamental requirement for producing content is to be able to locate everything used in the production. We envision a future system where all these components in the cloud can be linked to other objects and available to be recalled independently. By organising and maintaining ﬁles as links, a workﬂow can be established where all component pieces remain independent throughout production and ﬁnal video ﬁles are only ‘ﬂattened’ (rendered, composited, mixed) at the very last step of a production.

MEDIA WORKFLOWS ARE NONDESTRUCTIVE AND DYNAMICALLY CREATED USING COMMON INTERFACES, UNDERLYING DATA FORMATS AND METADATA
We can enable creatives to build custom workﬂows by arranging modular building blocks for processes with common data ﬁle types, descriptive metadata and interfaces that are built on standardised and open architectures. We need an industry-agreed ‘Interface layer’ whereby any asset, data or process in a production pipeline could communicate and interact with any other asset, data or process in the pipeline.

WORKFLOWS ARE DESIGNED AROUND REAL-TIME ITERATION AND FEEDBACK
In late 2018 we saw dramatic improvements in the quality of video game engines with the addition of GPU-based ray-tracing becoming available on affordable workstations and cloud graphics cards. We expect a new suite of ﬁlmmaker tools, which will be an evolution of today’s game creation engines that will radically change and speed iteration at every step of production.

Richard Berger is CEO at MovieLabs.

MovieLabs and its members will take part in Hollywood’s vision for future production in 2030 session on Sunday 15 September at 14:15-15:00 in the Forum.