The film industry has long been mistrustful of the idea that artificial intelligence could aid creativity, prizing taste and talent above technology. But, in the wake of coronavirus, could attitudes be changing? 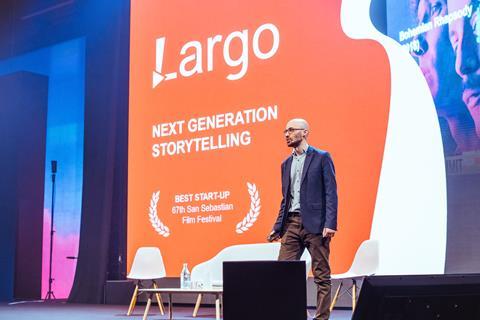 Film commissioning: Could AI help to aid creativity and talent?

Slowly but surely the film industry is starting to change its attitude towards artificial intelligence.

For years, the idea that computers and data could play a role in filmmaking was considered an anathema in Hollywood, where personal taste, charisma and talent were viewed as key to success.

In January, however, Warner Bros announced that it had signed a deal with US tech firm Cinelytic to use its AI driven project management system to help guide decision making about which films to greenlight. Cinelytic’s other customers include Sony Pictures, leading UK-based film financier Ingenious and US producer and distributor STX Entertainment.

Meanwhile, Swiss-based AI assisted platform Largo.ai this month announced that the respected European Producers Club had signed as an official partner, and that it was letting 20 film production companies trial its technology for six months.

Both platforms presented at June’s virtual Cannes Film Market, where there was great interest in their offers.

Elsewhere, 20th Century Fox (prior to its acquisition by Disney) partnered with Google to make its own AI platform, Merlin, that can analyse movie trailers and predict how likely people are to see those movies in cinemas.

Other companies operating in the film AI arena include Belgium based ScriptBook and Israeli firm Vault AI.

Film industry scepticism about AI is lessening, reckons Largo.ai founder Sami Arpa, in part because firms such as Netflix and Amazon have thrived by using technology to guide decision making. Both use complex and jealously guarded algorithms to recommend specific content for their audiences, and analyse audience data to underpin their commissioning and acquisition decisions.

“Largo.ai reveals patterns and analysis that can help creative people both reduce the risks and increase the impact of their content,” Sami Arpa, Largo.ai

Intelligence quotient
The big US studios, by comparison, have been slower to embrace AI technology – but are now moving to catch up. Independent production companies are also expressing interest.

Arpa pitches Largo.ai as “an assistance tool” that can quickly provide insights and data that can help filmmakers in their decision making. A computer scientist and film director himself, Arpa is careful to play down any belief that AI platforms can create films on their own, or that they will replace human creatives. Largo.ai, he says, interprets data about a film project, then “shows patterns and analysis that can help creative people both to reduce the risks and also increase the impact of their content.” 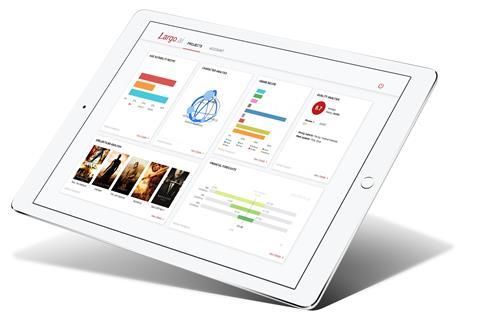 Largo.ai says it has analysed over 400,000 films and series, 1,800,000 talents and 59,000 scripts to train its AI programmes, which can be used to inform decision making at different stages: pre-production, post-production and distribution. Its software analyses content – whether a script, a rough or fine cut – and predicts the audience reaction and potential revenue of a project. The platform claims to offer insights on how to improve audience appeal, increase ROI and minimise risk. The company says that elements such as editing, action, character suitability, genre and music are reviewed, and a host of smaller details are also taken into account, such as the way characters move, how funny they are, their hair colour, or even the objects they use.

Arpa cites a recent Italian film that has trialled the software, Domani e Un Altro Giomo (Tomorrow is Another Day), directed by Simone Spada, for which it predicted an Italian box office of 1.6 million Euros against an actual taking of 1.7 million Euros based purely on analysis of the script.

Arpa says interest in Largo.ai spiked in February after the platform was selected as one of the Horizon 2020 Top Start-ups at the Berlin Film Festival. Demand then dropped as companies focused on coping with the coronavirus lockdowns that hit in March. But since June, “there’s been a lot of interest and a lot of potential customers.” He puts this down to a changed landscape for filmmakers since Covid-19 struck. The pandemic has naturally made financiers more cautious about investing, so producers are more interested in exploring what a platform like Largo.ai can do help mitigate perceived risks on their projects. 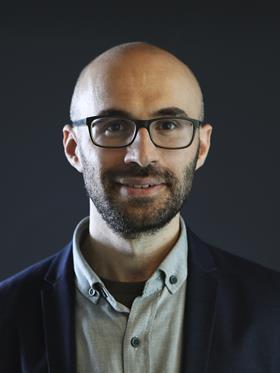 Secondly, digital tools have been more widely adopted during the pandemic, opening up more interest in platforms like Largo.ai. There’s also a recognition by many independent producers that they need to invest in technology that can help them understand the true value of their IP, and help them to negotiate on more of a level playing field with streamers, investors and distributors on projects.

Alexandra Lebret, managing director of the European Producers Club, says a platform like Largo.ai gives independent producers similar tools to those used by bigger studios and streaming platforms, helping them to “negotiate more effectively and avoid losing their rights and revenues.” She adds that Largo.ai’s analytics are also helpful in enabling greater access to other investors and diminishing risk in projects.

Democratising creativity
Arpa calls artificial intelligence a ‘democratisation tool’ for the film industry. He says it can provide writers, directors and producers with a similar level of knowledge as the big studios and streamers, meaning they are not simply reliant on gut feelings.

Cinelytic’s offer, meanwhile, is different to Largo.ai. Drawing on data about the performance of over 95,000 films, Cinelytic’s platform uses AI to swiftly predict the likely revenues of a film depending on a range of factors, from genre through to budget and talent. It will calculate how the film might make in each territory around the world as well as in cinemas and all other ancillary streams.

It claims an 85% box office prediction rate, and says that it supports studios and independent producers to make “faster and better informed greenlight, acquisition, and release decisions.”

“We always say that 50-60% of any film project should be based on experience and creative instinct.” Tobias Quessier, Cinelytic

Speaking at the Cannes Next workshop, co-founder and CEO Tobias Queisser presented a demo of the platform – running through the likely revenues of a theoretical film directed by Antoine Fuqua and starring Will Smith. He showed the financial forecasts of such a film in each international market, and in cinemas and from other platforms, based on past performance of films starring Smith and of those directed by Fuqua. Such information, he said, can help studios and investors to decide whether to back a film, and also how much to allocate to its production budget and marketing spend to ensure they achieve a profit.

Such financial forecasting took days or even weeks to model in the past, but the AI technology used by Cinelytic now quickly carries out much of this time-consuming task. Notably, Cinelytic’s co-founder and CTO is Dev Sen, who previously worked for NASA for 15 years, where he led teams of programmers and rocket scientists developing risk-assessment software for the analysis of launch vehicles and spacecraft.

Queisser says that in the past gut instinct drove decision making in the film industry. “We always say that 50-60% of any film project should be based on experience and creative instinct. But having a system like this can help guide you with your research to help you understand earlier how a film might play out.”

Read the latest industry news, explore the latest innovations and get inspired by tech and media leaders. Visit the IBC Showcase.