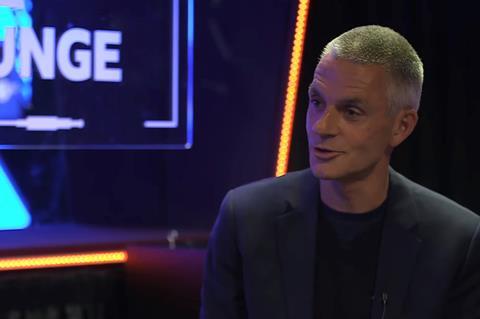 BBC won’t win by trying to beat global rivals on their terms, says director general Tim Davie in his first interview since taking over this month.

New BBC director general Tim Davie says he is focused on differentiating the BBC from global streamers like Netflix rather than trying to beat them at their own game.

Speaking to the Royal Television Society in his first interview since taking over, Davie acknowledged UK households would have “a few subscriptions” each to streaming services, but said that he wanted to focus on “every member of the public getting value” from the BBC, ensuring that it is essential and indispensable to people in the UK “not for every hour of your media consumption but for part of it.”

“There is good news for BBC. In this world, I don’t think there’s been a better time for proper, impartial news or for proper local, regional storytelling – for things the BBC does well. What changes is the incredible competition. You just cannot take an audience for granted anymore. So I think you have to focus, be much more differentiated.”

Davie noted that Apple’s market valuation this month had overtaken that of the entire FTSE-100 in the UK. “I don’t think we can overcomplicate this - it’s about focus,” said Davie. “We are never going to be the biggest media company.”

Facing such deep pocketed competition from the US as well as China, Davie said the BBC would never have the most expensive talent “but we are uniquely placed to grow talent.” Davie also said the BBC is a force for good, which would attract talent. “Personally I like working in a place where there’s purpose…there are many talented people who want to do something with purpose.”

He said the BBC would not win by copying others and trying to beat them on their terms. “You’ve got to win on your terms…it’s a winnable battle if you focus.”

He also said that, on his watch, he wanted the BBC to be “part of a successful, growing creative industry – and not just winning for itself.”

Expanding on the themes of his first speech at the BBC on 2nd September, Davie noted that there are “certain bits of the country” that “don’t necessarily feel the BBC is for them.” “It’s not as simple as saying it’s under 35’s, it’s often about your life circumstances or where you live.”

“We don’t have an inalienable right to exist…and there are audiences in a diverse Britain that feel a little bit further away from us.”

He also reiterated his ambition to make the BBC a “50/20/12” organisation which reflects more accurately the society it serves, with 50% women and 50% men, at least 20% Black, Asian and Minority Ethnic, and at least 12% Disabled.

Davie said the BBC would go “division by division” to make the initiative work. “Truly, it’s about leadership and accountability. With the leaders in the BBC I’ve been very direct - you will not get promoted in this organisation without us assessing how happy your staff are, and how you have delivered against diversity targets. If you are not someone who could deliver on those two things, you will not progress in the BBC. It’s pretty straight forward.”