BBC Box rewriting the future of the internet 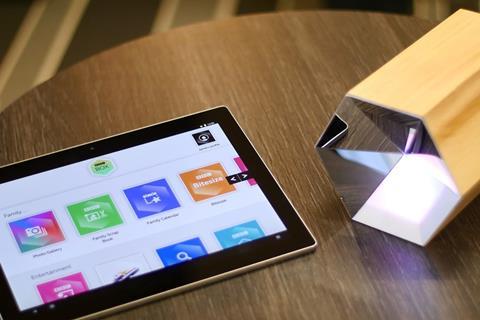 BBC Box: A new way to store personal data for a curated experience

BBC R&D is exploring new ways of storing and using personal data curated and controlled by individuals in a physical box dubbed “unusual and potentially important,” according to researchers.

Internally the project is called BBC Box, which is a working name of a prototype device which pulls together data about a user in one secure place which is currently being defined, built and tested.

BBC Box is powered by a Raspberry Pi computer and the Databox personal data management system, which aims to develop a means to enhance the accountability and enable individual’s control of the use over their personal data.

The research is part of the BBC R&D team’s wider investigation into the development of the internet and the ways it can enhanced to deliver public value.

Personal data, storage and dissemination has been a contentious issue recently, notably the Facebook and Cambridge Analytica scandal last year which has helped push the topic to the top of the agenda.

BBC researcher Bill Thompson and Rhianne Jones shared a blog post outlining the important elements of the experiment, which “includes the ability for people to move their personal data around and use it in different ways.”

Europe’s GDPR law, which became active last year, makes this system possible. Participants in the trial project “are at the centre of the service, with full control of what data is stored about them an how it is used.”

They asked: “Could new public services based on data portability, reflection, active mediation of the open internet, and secure, decentralised communication persuade the public that it’s worth investing time into an alternative future.”

The project uses data, which provide greater visibility and control over personal data along which aims to deliver greater value.

Inside the box
The device is likened to an application on a smartphone, where personal data is stored locally within the box’s hardware and once there it can be processed and added to by other programmes running on the drive.

The purpose and results are currently being experimented but are likely to be a profile of the sort of TV programmes an individual watch. 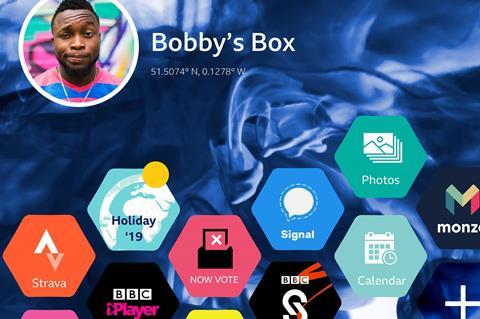 The data is stored locally on the box and no third party - including the BBC - can access the information unless the individual chooses to share it.

According to researchers, the box offers a secure alternative to existing services which rely on bringing large quantities of personal data together in one place and processed locally, meaning a secure space for exploration and discovery.

“The stores of personal data on the box can, with the participants permission, be queried and processed together.”

The potential in the system could mean helping generate otherwise unattainable insights for personalisation by combining data from TV viewing history and social media activity.

The BBC R&D team have explored two different test scenarios where the personal data could be harnessed to deliver greater value to individuals. In the first, participants store a copy of their data from various internet services including the BBC iPlayer, Spotify, and Instagram on the physical BBC Box.

“Having this data under a participant’s control on one device is highly unusual and potentially disruptive, since this particular aggregation of data about the person exists nowhere else in the world.”

The data can only be processed on the BBC Box which stores the personal data creating insightful visualisations personalised for the participant.

This information can be exported from the BBC Box to a recommendations system that uses this unique, local, aggregation of data about a person to offer them a series of personalised recommendations, including programmes on BBC iPlayer.

The second test case is a travel companion which uses personal data to deliver on-demand and tailored content of places around the world. This experiment pushes further than the first pilot by exploring how two BBC Box participants could collaborate with one another to decide on a joint holiday destination in a way that still protects their privacy.

Researchers concluded the limitless possibilities which they, “want to understand more about how data science techniques that currently require the use of data aggregated from multiple people can be delivered via the BBC Box approach.”