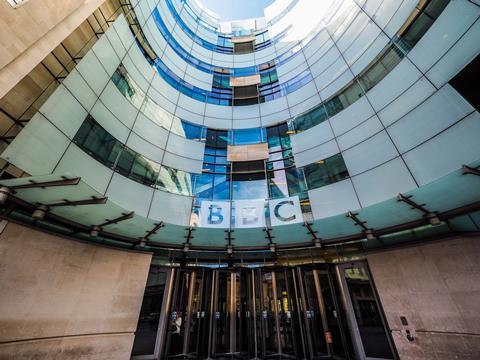 In a response to the government’s plans to decriminalise payment of the BBC licence fee, the broadcaster has raised the prospect of it being replaced by a monthly broadband connection levy.

The public service broadcaster (PSB) has confirmed it strongly supports keeping the current court-enforced television licence fee system in place for the medium-term.

However, the UK could consider following other European countries by implementing a funding model that would be linked to an “existing common household bill,” such as an internet connection, council tax or electricity supply, the broadcaster said.

In its submission the BBC said: “This would be a significant change for the UK and we are not, at this stage, advocating it.

“It does however raise an interesting question as to whether the current system could be made much simpler, more efficient and more automated. We are open to exploring this further.”

In February the UK government announced a new consultation into the future of the BBC licence fee that could threaten a major overhaul at the Corporation.

The consultation on whether to decriminalise non-payment of the licence fee closes next Wednesday.

The BBC has warned that the initial cost of creating a new system where non-payment is enforced as a civil debt – similar to a utility bill – would be close to £300 million.

The broadcaster has estimated the evasion of paying the licence fee would almost double to 10% of households as people realise non-payment was no longer a criminal offence, which would cost the PSB £200 million a year.

Culture secretary at the time Nicky Morgan launched the consultation on decriminalising the licence fee two months ago, after the BBC’s news output came under fire from Downing Street.

Since the outbreak of coronavirus, the approach has changed significantly with Downing Street making peace with the news outlets including the BBC and other broadcasters, according to a report from the Guardian, as PSBs are attracting record-breaking audiences for government press conferences and delivering important information on Covid-19.

The BBC has previously argued that the existing criminal sanctions should remain in force until the BBC’s royal charter is renewed in 2027, on the grounds that magistrates have the flexibility to impose appropriate fines that take into account an individual’s circumstances.

In a statement, the BBC said: “The BBC is a universal service – one to which everyone contributes and everyone receives something in return.”