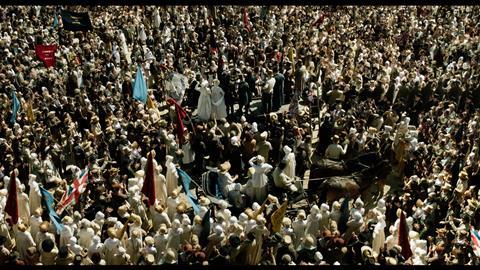 Period epic Peterloo required some innovative VFX to recreate the crowd scenes that sit at the heart of Mike Leigh’s latest film.

Few would suggest independent filmmaker Mike Leigh, acclaimed for delivering intimate and emotional tales of British lives, as a director famous for his prolific use of special effects in his day job. 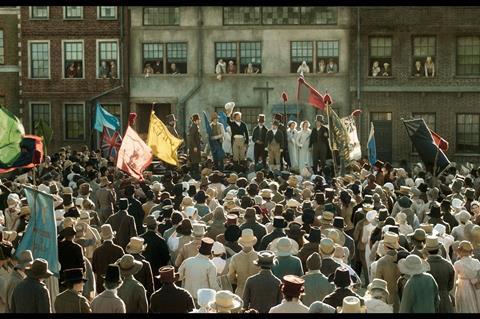 His latest, the Amazon backed $17.8m (£14m) period epic Peterloo, uses substantially more VFX than any of his previous films made over the last 30 years or so.

“Personally (special effects) have been on the whole about subtle tidying up and subtle changes,” Leigh says.

For his biggest budgeted film to date, Leigh worked closely with London-based LipSync Post, one of the independent film’s financial backers alongside Amazon, to bring the 19th century English set story to life. “Amazon were very, very supportive and never interfered with casting or content or anything,” Leigh notes.

The film details the story of the Peterloo massacre in August 1819 when a band of cavalry and yeomanry charged with sabres drawn into a crowd of 100,000 unarmed people, many of whom were unable to escape the enclosed space.

Public records detail how crowds gathered in St Peter’s Field in Manchester to hear anti-poverty and pro-democracy radical reformer Henry Hunt deliver a speech of hope at a time when only 2% of the UK population could vote and many were impoverished and hungry. The horror of army reserves charging into civilians eventually led to vote reform for ordinary people.

Amongst the film’s many documented triumphs is the 90% VFX-created crowd massacre scene. “A film like this is unprecedented in my experience,” says Leigh.

London-based post production facility LipSync, which since 2008 has also invested some £75m in TV and film projects, carried out the VFX work and picture and audio post for the film.

There are over 300 VFX shots in the film in total with everything from crowd duplications, to sword extensions, wounds and blood spray, to the recreation of the St Peter’s Field period buildings and billowing flags.

LipSync used Autodesk Maya and a virtual camera as well as The Foundry Nuke Artist (2.5 D), with a team on set throughout the production, working side by side Leigh and the film’s DoP Dick Pope.

“We shot it at Tilbury Port where there is nothing there but sky. They created all that stuff and they researched everything,” Leigh says. 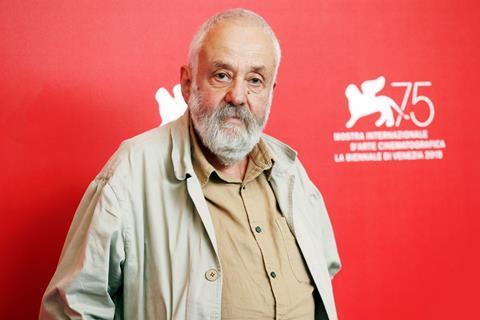 He says: “We had tons of reference pictures of buildings of the era that we could always go back to reference how light affects the buildings at different times of day,” says Butler. “We got colour temperatures from the (set) cameras so we got what type of shoot or shot they were doing. Attention to detail and achieving the level of real was the most difficult thing.”

LipSync went back to the buildings that were in Manchester by unearthing plans and elevations from historical records. “It’s an endless learning curve and very exciting with it,” Leigh says of using special effects and emerging technology.

LipSync’s team built the set extension for St Peter’s Field. The filmmakers had built a small area of set that LipSync could reference and extend so that it had a virtual town area in between the factories and the chimneys.

“Creating the environment itself, we built St Peter’s Field within our 3D software and brought in Mike Leigh for the reviews at what we call our blocking stage — it’s all grey scale colour with light shading on it so you can see where chimneys will be, buildings will be and approve the layout,” says Butler.

“At this point we could put a virtual camera in every position [Leigh] shot something and it would project exactly what’s behind them every time. Once he had approved of how the layout should be we would go in and add the fine detail, texture, shading and colour to give it more punch.”

It is not the first time Leigh has teamed with LipSync to create a bit of movie magic. He also worked closely with the post facility on Mr. Turner, his biopic of the great British painter J.M.W. Turner’s starring Timothy Spall in the titular role.

The 19th century gunship, The Fighting Temeraire, the name of one of Turner’s most iconic paintings, was created by LipSync. “In the old days they would have built a model and put it in a tank and it would have looked terrible,” Leigh says. “We went out and shot the guys in a boat on the Thames Estuary and we turned around and we shot a sunset that matched Turner’s sunset in the painting. The guys at LipSync then built digitally The Fighting Temeraire.”

For Leigh, his willingness to work with emerging technology and appreciation of post-production techniques really kicked in 20 years ago during the making of Topsy-Turvy, the 1880s set story of the legendary musical and theatrical writers Gilbert and Sullivan.

During the edit, Leigh noticed a violinist in the foreground of a key scene of the orchestra wearing a late 20th century watch. “A lot of people wanted their arses kicking, but there it was,” Leigh says.

“It cost an enormous amount of bread, 10 grand or something stupid, to fix it.”

LipSync mirrored every camera Leigh used on the physical set and every angle in its virtual set build. As for the crowd replication, on set LipSync concentrated on about 60 extras who were moved around to different locations and changed some of their costume design to ensure subtle differences in any replicated crowd individual.

“We could get random people keyed on green screen so that we could place them wherever we needed them.” There were green screens for all the extras that could then double up and keep multiplying. Each green screen contained about 30 to 40 people, about three rows of ten high above their heads. “We took loads of pictures on set of the flags that were present then that the costume designers had made and we could then project those onto our own 3D flags so we had the same flag movement with the correct looking flag,” adds Butler. “We could then dot those around everywhere to add more movement.”

It was particularly important for Leigh to convey the emotion within the film. “I didn’t want any birds-eye views of the 3D Manchester set. I wanted the intimacy of being in amongst it all at ground level,” says Leigh. “I remain a committed location filmmaker creating worlds that I want to be real in an organic way. But augmented, that is always very exciting, with new technology.”