IBC2017: TV networks need to start thinking – and commissioning – digitally in order to reach a youth audience, according to a panel at the IBC Conference. 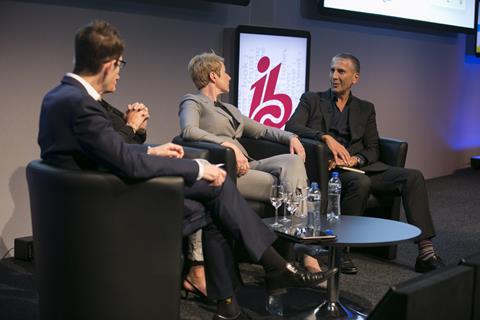 Such a strategy should help them to avoid becoming irrelevant within a generation or two, the panellists said.

“The content we produce hits a very young audience, and TV networks cannot yet hit. A main UK TV network representative said at the recent Edinburgh TV festival that they planned to “die with our audience” because they don’t want to take a risk commissioning from people they don’t know and content that they don’t understand. Data, history, legacy tells them that is what they do – maybe that risk factor is too great.”

Kate Burns, CEO, Digital Media - Hambro Perks agreed with the scale of the issue: “The challenge has to be seen in the context of YouTube channels, with millions of subscribers, and it is great content - my kids don’t watch TV anymore.

“How do professionals take a leaf out of the YouTuber’s book to create content at cost and scale to compete on cost and on engagement? I’m not sure there’s any point, there’s such a disparate value here between digital and traditional TV costs.”

“It’s a constant cycle of test and learn, target, monitor, reiterate. Data is everything.” - Kate Burns

Burns continued: “The solution has to be to make sure you serve your audience. Don’t give them stuff they don’t want to see! From my Buzzfeed background, they’re turning out 300-400 videos a month from their Hollywood studio. They use data to create the content, but they don’t just create one bit of content, they create hundreds of bits of content.

“They know their audience, and are targeting you with content they know you have watched in the past. It’s a constant cycle of test and learn, target, monitor, reiterate. Data is everything – data here ensures my audience is served, and my business is efficient.”

The difficulties of relying purely on data to commission video content were highlighted in comments about the different metrics used by broadcast media and pure-play digital channels as an initial stumbling block.

Hungate agreed that comparing shortform digital to TV commissioning is fraught with difficulty: “It’s such a different world, the costs are so much lower. There are huge differences between short and long form processes. Long form you can use data in an advisory capacity, but editorial have to have the final say. For example, two recent TV successes being Bake off and Who Do You Think You Are – both very difficult to predict their popularity in advance.”

Tom Toumazis MBE, Chairman, TVbeat and Fusebox Games, concurred: “Absolutely – think about Gogglebox, a series about watching people watching TV – what data do you use to predict how popular that will be? There has to be some component of passion here. Relaunching strictly took passion. We need creatives to take that leap, and be honest about not having the data to back up their hunch.”

Toumazis also put the discussion into sharp perspective, pointing out: “It’s worth remembering that the TV industry is in pretty good health.

“If you take a step back, these are high-class problems compared to the newspaper industry. So far in the ecosystem there has been enough money to keep everyone reasonable happy - challenge will be that you’re now seeing these titans – not Netflix and Amazon, but the free digital titans – are going to build these amazing places that will target young people, about shares, likes, comments and interactions. Young people are being served by YouTube or Facebook.

“My fear is that these titans will just take a margin on the action, without investing in programming. I’m not sure that’s great for the industry. Facebook claim they’ll invest a billion on this – not sure if I believe that! Is it data driven or passion driven – I think it’s money driven.”

Monetisation was inevitably a key topic, which Burns tackled head on: “There is an opportunity here to improve, as monetising content is becoming very difficult. Display is in trouble in general, and everyone is looking for better formats than bloody pre-roll – which is awful. Out of this tension of monetising will come a better experience for digital content.”