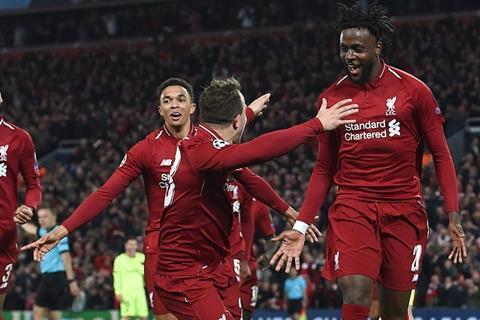 More than 11 million people tuned into BT Sport’s Champions League coverage – the highest ever figures for the UK sport channel.

BT Sport saw more than 11 million viewers tune in to watch the UEFA Champions League final - the first time a live sports event was broadcast in HDR to mobile devices.

The UK broadcaster saw viewing figures of 11.3 million for the broadcast of the football game between Liverpool and Tottenham Hotspur, which took place on June 1 in Madrid.

BT’s said viewing figures increased by more than a third on the 2018 final, which saw Real Madrid beat Liverpool to claim the Champions League for the third year in a row.

The 2019 broadcast was the highest figures BT Sport has ever had across all channels, with 6.5 million viewers watching on linear channels and 4.8 million people tuning in through digital platforms.

Pete Oliver, MD of Marketing at BT’s Consumer division, said: “This season’s UEFA Champions League and UEFA Europa League has been a great success for BT. Both finals were of huge interest with four English teams competing, which has never been done before in the history of both tournaments and came at the end of a season featuring incredibly entertaining matches that captivated the nation.

Is it just me or is BT’s YouTube stream of the Champions League final breaking up constantly?#UCLFinal19 #UCFinal2019 pic.twitter.com/o8uUjx1ls3

“This year’s viewing numbers for the UEFA Champions League Final were the highest BT Sport has ever had across all channels and it was a third higher than last year with 11.3 million people watching across BT Sport’s digital and TV platforms.”

BT broadcast the Champions League final across linear and OTT channels, including its own BT Sport app and a free stream that was available on YouTube.

The event on June 1 also served as a showcase for BT Sport’s High Dynamic Range (HDR) offering as it attempted to lay claim to the title of the UK’s most innovative broadcaster. In an exclusive interview with IBC365, the company said that this marked the first time that a live sports event was ever broadcast in HDR to mobile devices.

The HDR feed was produced out of a Telegenic truck and made available to BT Sport’s 5 million+ subscribers through the BT Sport app, and via mobile devices, taking advantage of the HDR displays on most new handsets as well as on devices including Xbox One, Samsung Smart TV and Apple TV.

The 4K YouTube feed, however, experienced some problems, according to numerous posts across social media, with some viewers seeing the feed blur during the final.

It is unclear if the problem stemmed from BT’s side, YouTube, or was linked to the IP delivery of the content. BT Sport has not commented on the feed.