The UK’s two largest political parties have vowed to save free TV licences for all over-75s ahead of the upcoming UK general election. 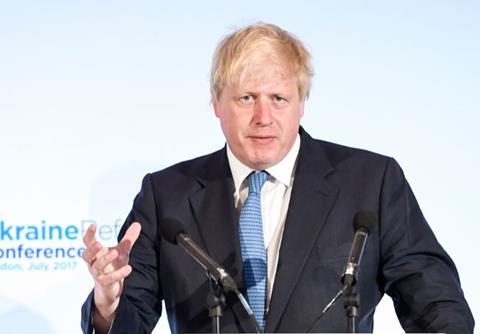 Prime minister Boris Johnson and opposition deputy leader Tom Watson both pledged to reverse a controversial cut from the BBC if they win the election, which will take place on 13 December.

Watson, blaming the ruling Conservative Party for the change in licence fees, said: “The Tory decision to scrap free TV licences for over-75s is utterly callous.

“Four in 10 older people say the TV is their main source of company, but from next year 3.7 million older people will lose their free TV licence.

“It’s disgraceful. Our message is clear – vote Labour to save free TV licences.”

Speaking to the Sun on Sunday, PM Johnson pledged to thrash out a new funding formula with BBC bosses to pay for the £745-million-a-year fees.

He said: “This needs sorting out urgently and I’ll be talking to the BBC about how to sort that out.”

The BBC caused a political storm earlier this year when it began to charge some UK residents aged over 75 for their licence fees, which had been free for all people in that category from November 2000.

The licence fees had previously been paid for out of a grant from the UK’s Department for Work and Pensions, but during a 2015 funding settlement, the BBC agreed to take over the cost.

In June 2019 the BBC announced changes to the scheme which mean that from June 2020 only a household with someone aged over 75 and who receives Pension Credit will be eligible for a free TV licence, impacting up to 3.7 million.

Neither Watson nor Johnson outlined how they would resolve the impasse, which has led BBC bosses to point the finger at politicians and vice versa.

Last month, the House of Commons media select committee said the decision to scrap the licence fees for just some over-75s was “an absurd situation”.

MPs also criticised the government, saying it was wrong to “bounce” the BBC into accepting the agreement. However, Conservative MP and committee chair Damian Collins accused the BBC of giving “false reassurances” over funding a benefit it “could not afford”.

The BBC argues that continuing to fund the licence fee for all over-75s would lead to a significant reduction in its service, with BBC Two, BBC Four, the BBC News Channel, the BBC Scotland channel, Radio 5live, and a number of local radio stations all potentially put at risk.