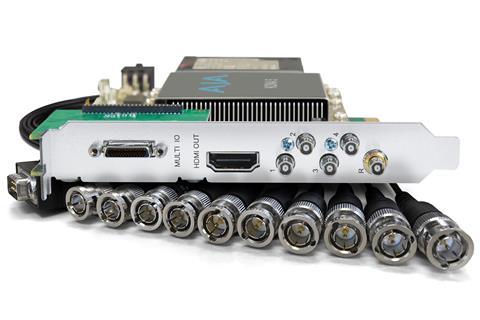 “HDR is becoming a standard deliverable for Adobe Premiere Pro customers working in broadcast and post, and our collaboration with AJA allows those users to take advantage of production proven tools like Kona and Io to ensure a pristine output for an accurate, high-quality monitoring experience,” said Sue Skidmore, head of partner relations for Adobe video.

Quick Export (in public Beta) offers easy access to the most popular and frequently used export settings, right from the header bar in Premiere Pro. Editors can use the default, high-quality H.264 output with matched Source Settings or choose from a short list of H.264 presets that allow the size of exported files to be reduced.

There is also faster effects scanning for VST3 and Audio Unit (AU) plug-ins in Premiere Pro and Audition, offering faster launch times for third-party audio plug-ins. Effects scanning is up to 15x faster on macOS and up to 10x faster on Windows.

Adobe After Effects is also being improved, with new features available in a public Beta, such as: 3D Transform Gizmos to help users navigate scenes faster and more intuitively, including scaling, positioning and rotating layers with helpful guides that show how far a layer or object has been moved and how many degrees it has been rotated; reimagined camera navigation tools that provide a more intuitive and flexible approach to navigating 3D spaces; channel effects are now GPU-accelerated, providing up to 1.65x faster performance; while OpenEXR previews for multipart and multichannel files are now up to 3x faster.