The Associated Press has chosen Sony as its exclusive imaging products and support provider for AP video journalists and news photographers around the world. 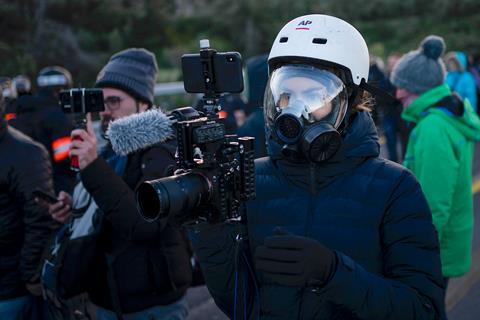 With journalists in nearly 250 locations in 100 countries, AP covers stories in all formats, including 200 videos and 3000 photos each day. The news agency has a distinguished history of powerful visual journalism, winning the 2020 Pulitzer Prize for Feature Photography – AP’s 54th Pulitzer and 32nd for photography – and garnering recognition from the UK’s Royal Television Society for excellence in video.

AP will take delivery of a wide range of Sony’s cameras, including its full-frame mirrorless Alpha models, 4K XDCAM video cameras and an assortment of Sony’s 57 different E-mount lenses, including its premium G Master models.

“Sony’s history of innovation aligns well with AP’s, and with our vision for the future of visual journalism,” said Derl McCrudden, AP deputy managing editor for visual and digital journalism.

“AP is committed to providing the best imagery to our member news organisations and customers across the globe. Adopting Sony’s cutting-edge equipment and technology allows us to do that, by enabling our photographers and video journalists to be faster and more flexible, ultimately creating better visual journalism.”

When the transition to Sony is complete, AP’s video journalists and photographers will for the first time be equipped with the same brand of cameras, allowing for more seamless collaboration among its journalists as they tell stories in whichever medium is right for the moment.

From a photography point of view, one of the key advantages of moving to mirrorless technology is that it “allows for a completely silent operation, meaning our photojournalists can work in environments without interrupting the scene around them,” said AP director of photography J. David Ake. “This is a huge leap forward in photojournalism.” The cameras are also smaller and lighter than the traditional DSLR cameras it currently uses.

“While we are receiving specialist kit for photographers and video journalists, the Sony mirrorless cameras the photographers are getting are great at shooting video,” said McCrudden. “This means we can more easily handle any video shot by AP photographers.”

PA’s new fleet of video cameras will contain six different models, “enabling us to choose a small discreet camera when needed, for instance, in a protest. We will have bigger cameras when we need them for press conferences, or for set-piece interviews with newsmakers. And we will have other cameras for a more documentary style of shooting when we need them,” he added. Although it mainly works in HD, the cameras are 4K capable, so it will be able to shoot in UHD when necessary.

In addition to supplying the equipment, Sony will work with AP to improve the workflow and efficiency of field operations, including testing 5G capabilities, as Sony offers 5G through its Xperia range of products, which also use technology from its cameras, professional monitors and audio devices.