Blue Ridge Communications News 13 (BRCTV13), a Pennsylvanian news channel based out of Leighton, has replaced its EZ News system with an Octopus Newsroom system.

From a technical perspective, it was imperative that the new system would integrate into the existing infrastructure, but also future proof against technology change by being able to freely add new third parties over time. 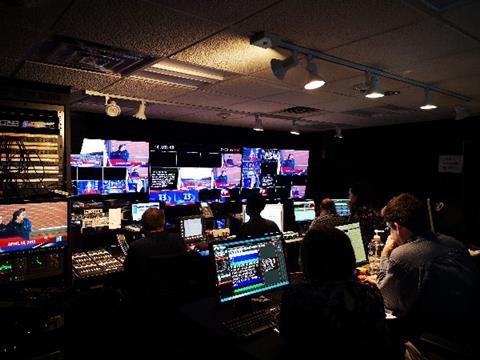 In a world of interoperability and open standards, this meant it had to be MOS compliant. Media Object Server (MOS) is an XML based communication protocol that allows newsroom computer systems to interoperate with third-party systems such as teleprompters, graphics systems, playout systems, playout automation systems and MAMs.

”We also had an archival database going back 11 years that we need to ensure is still available to our new room teams. We needed to do a MOS upgrade on some of our systems, but this ensured we could keep our current eco-system without any painful migrations or middleware.”

Kim Bell, general manager at BRCTV13, added: ‘’We needed the ability for our journalists to work out on location but still have the ability to seamlessly collaborate with our newsroom systems back at headquarters. So, as well as having 30 desktop clients for our news team, we also had 10 Octopus Mobile journalist licences.’’

One significant advantage of Octopus was the fact it could work across both the MAC and Windows PC environment transparently.

Bell concluded: ‘’We are delighted with the Octopus system and it allows us to be more efficient than ever before and has really bought us into the 21st century with all the different mechanisms of how news is delivered in the modern era. We are also looking forward to the new iReporter application, which basically allows us to build a community of mobile journalists that is actually based on our viewers. This could be very disruptive for BRCTV13 by being able to deliver much faster on breaking stories.’’