As part of its move to ensure its entire software-defined television product range is now 8K capable, Cinegy tested those capabilities on Sharp’s new 8K displays. “We connected a small PC running our Cinegy Player 3 software and played 8K clips that had been filmed by a Sharp 8K camera and the results were astonishing,” said Cinegy CEO Jan Weigner. 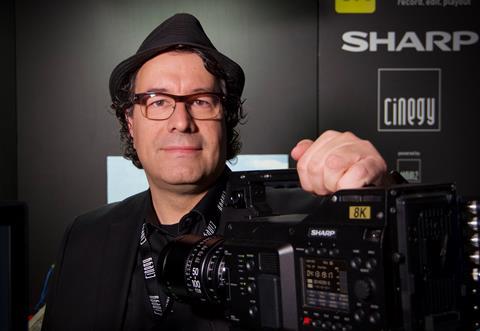 He stated that Sharp’s 8K displays are the only ones so far “that legitimately display a true 8K picture using existing Nvidia graphics cards on a Cinegy software-powered PC or workstation”.

Weigner believes that 8K now works from end to end – in real time. “Affordable 8K SDI cards are readily available, Sharp’s display is the current 8K benchmark, and our software, in combination with our Daniel2 GPU codec, eliminates any obstacles to 8K production.” Cinegy is now bringing the Daniel2 codec to Adobe Premiere for Windows and Mac, for 8K editing.