Portal Studio is a one-stop, AI-driven software suite for previz, on-set production and post that will facilitate faster workflows for filmmakers wishing to experience results on-the-fly, according to Film Engineers. 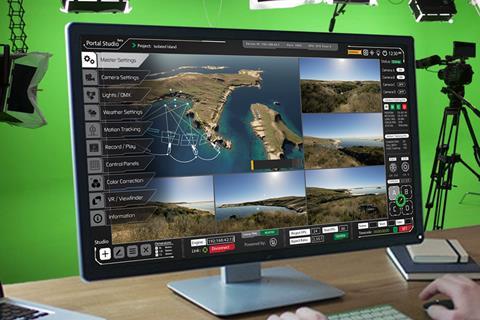 The company claims that the ‘Singularity Pipeline,’ offered by Portal Studio will allow smooth transitioning from the decades-old techniques used in VFX production to a more modern pipeline. With flexible, modular and independent control features based on filmmaker roles, it can involve professionals across the cloud, working from remote destinations.

Portal Studio’s core components are based on proprietary AI/ML modules integrated with Epic Games’ Unreal Engine and a set of modular hardware shields. The shields allow development with Arduino and Raspberry Pi for the design of custom tools to interact with the virtual world (for example, a tracker-enabled prop like a lightsabre, a remote-controlled miniature car or UAV, or a custom-rigged motion capture suit).

The founders of the company have more than a dozen years of filmmaking experience, and through a combination of SaaS and other competitive tools see their suite as bridging the gap between the real and virtual production worlds, allowing independent filmmakers in particular to adapt new technologies and workflows. Several manufacturers of cameras, lenses, and post workflow software support the system.

The software will soon be released, and free copies of the beta version will be available using the special code: IBC2020.