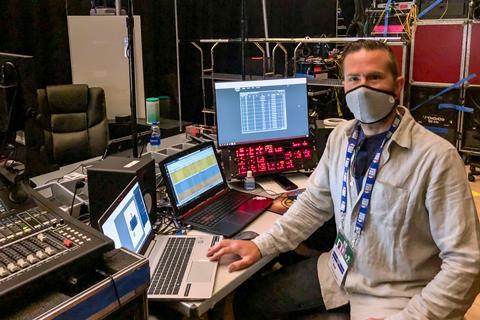 Using Bolero, personnel who can no longer speak directly with each other due to social distancing measures can now communicate clearly and easily. For instance, coaches and officials are able to converse with scorers and other game personnel who are sequestered behind plexiglass shields at courtside. Luis Espinal, intercom curator for the Firehouse team, built custom logic functions into the Artist nodes that allow specific mic feeds to be routed to specific broadcast trucks.