Glass LXE is a multi-touch UI that operates as a standalone virtual console into the WheatNet network, an IP audio ecosystem of consoles, talent stations, I/O units, accessories and SIP phone and codec distribution appliances. WheatNet-IP is a complete AoIP infrastructure that includes AES67 compatibility. 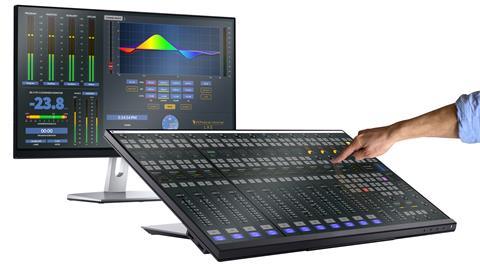 Virtual: Glass LXE is studio-ready as a standalone UI into WheatNet-IP

The virtual console is similar in function, feel and layout to the network’s LXE hardware control surface, and Glass LXE is fully functional and studio-ready as a user interface with familiar buttons, knobs and multi-touch navigation and menuing for setting EQ curves, filtering and other custom settings.