Jutel RadioMan at the heart of YLE transformation

The Finnish Broadcast Corporation (YLE) is in the process of transforming its broadcast operations from legacy systems to a cloud-supported webfront. 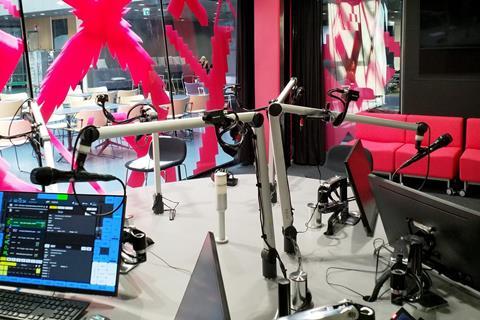 Jutel: All YLE operations plan to utilise the RadioMan 6 platform in 2021

The goal of the project is to renew the YLE radio infrastructure architecture for future needs, such as IP audio, browser-based user interfaces, flexible playout configurations, automated production workflows and flexible virtual environment. Jutel RadioMan has a central role to play in this transformation.

Jutel has supported the YLE transformation project from a client-based legacy system towards a browser-based cloud production environment since 2018, having previously implemented a multi-tier client-server radio production and playout environment.

The goal of the latest RadioMan project was to build a virtual browser-based radio production and playout system, where the audio playout and mixing is done in the cloud so that no specific hardware is needed as part of the studio and playout infrastructure. Virtualised playout and recording units use virtual audio interfaces. Web native technologies, including HTML5, Rest APIs, ActiveMQ messaging and WebRTC for audio streaming are utilised.

This will also allow other radio stations to streamline their broadcast operations across various locations enabling them to cut costs and simplify their radio broadcast workflow, automation and distribution.

The launch of RadioMan has allowed YLE to benefit from a streamlined web architecture that supports traditional studio implementations, touch-screen virtual studios with IP audio and the promise of Radio as a Service. The browser-based user interfaces also allow for easy updates, service type operations, flexible production and playout.