Parabolic microphones, used primarily for sports, can provide a great alternative for general purpose reporting during the Covid-19 crisis, according to Paul Terpstra, president of parabolic specialist Klover Products. 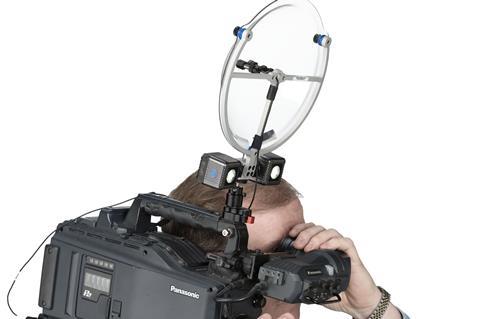 Klover: A 9in camera-mounted parabolic dish with an omnidirectional lavalier can capture clear audio while keeping a distance

Terpstra said: “Parabolic microphones allow a person speaking at a normal level to be recorded from six to ten feet using a parabolic microphone only nine inches in diameter. The microphone, and reporter, can maintain a safe distance during the interview, reducing the chance of infection.

According to Terpstra, any omnidirectional lapel microphone can be used in Klover’s 9in parabolic, the Klover MiK 09. The base of the frame incorporates a 1/4-20 UNC thread so it can be used in a multitude of ways, including being mounted to the cold shoe of a camera or to a small pistol grip handle.