Michael Mueller, VP of sales at Lawo, passed away after a brief, yet severe illness on Saturday, September 26, amid his loved ones. Mueller, 66, had brought a wealth of experience to his positions as US sales and marketing manager, and later as VP of sales with Lawo North America. 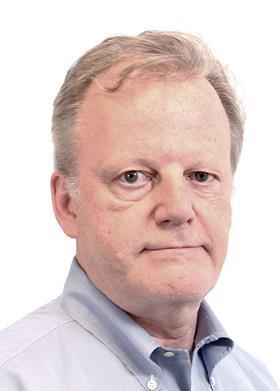 Unique: Beyond business, Lawo will miss Mueller’s wit, kindness and his skilled bass playing in the company band

After his initial sales position with Audio Techniques of Stamford, CT in the mid to late 1980s, Mueller went on to assume positions with Scharff Weisberg Associates, Siemens Audio /AMS-Neve, Solid State Logic, and Fairlight USA. Prior to joining Lawo North America, he was VP, sales and marketing for MediaGear.

In his capacity with Lawo North America, Mueller was responsible for the further development of the Lawo brand identity throughout the United States and was also charged with increasing sales of the company’s numerous products. When he joined the company in 2008 the Lawo brand was hardly known in North America, according to a company statement, but his passion, hard work, dedication, positive attitude and pure likeability brought widespread success and good reputation in the territory.

The Lawo statement continued: “Known for his witty sense of humour and kind-hearted personality, we will remember Michael as a key member of the global sales organization, skilled bass player in the Lawo band, a renowned face of the audio industry as a whole and a true gentleman and friend. He will be missed. Our deepest condolences go out to his wife, family and friends at this difficult time.”