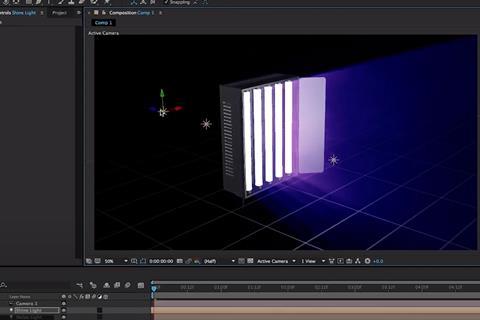 Maxon: This is the first time Maxon has announced two major updates at once

Updates to Trapcode Suite - a set of 11 tools for particle simulation and 3D effects for motion graphics and VFX - include new physics models, behaviours and a new type of emitter in Trapcode Particular, plus smaller updates to Trapcode Form and Trapcode Mir.

Trapcode Suite 16 and Magic Bullet Suite 14 are included as part of both the Red Giant Complete and Maxon One product bundles. Customers with an older version of Trapcode Suite or an individual Trapcode product, are encouraged to contact Maxon for upgrade pricing and options.

Specific updates in Trapcode Suite 16 include Trapcode Particular’s new ‘Emit From Parent System’, which makes it possible to have particles that emit complete emitters. Easily set up emitter chains, or have multiple systems emit from one source. For the first time ever, it is also possible to combine air and bounce physics for more realistic, complex effects. Also new are Particular’s powerful Flocking simulation tools, including automatic behaviours that take particle animation to a new level. Use Attract and Separate tools to define how much the particles want to be near each other. Other additions include the ability to add up to 16 emitters in the same 3D space, a new Velocity Over Life Tool, over 75 new presets and C4D file import.

New in Magic Bullet Suite 14 is Magic Bullet Looks 5. Red Giant’s tool for colour correction and cinematic looks, Magic Bullet Looks features over 300 fully customizable presets to get started, an intuitive set of tools for creating unique colour grades, and both input and output colour handling. Looks 5 now includes a wide range of new colour input and output transforms ensuring consistency, quality and flexibility when colour correcting and creating deliverables. It is also possible to simplify the colour palette by customising a range of hues, with a slick, intuitive UI for defining the desired area of effect, while the first of its kind Color Remap colour corrector tool allows editors to easily map any colour to any other colour. As colours remap, creatives can see results in a 3D colour cube, and easily pin down colours they don’t want to change, making Color Remap the most powerful colour tool ever built by Red Giant, according to the company.

The brand-new LUT Browser provides a sleek workflow allowing for any number of Lookup Tables to be imported, previewed on a thumbnail of footage and applied with ease for an endless library of LUTs. Import LUT packages, dailies LUTs, or LUTs created with Colorista (a new feature in Colorista V).