Garden Studios in Park Royal, London, has increased its size by 65,000sqft, to create 127,000sqft of studio space. 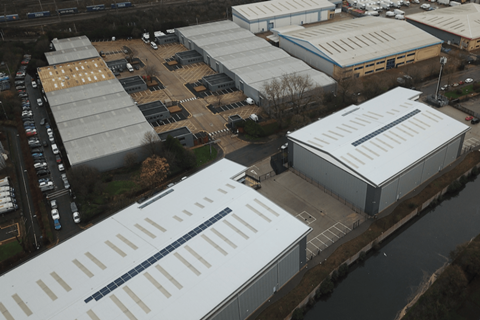 Mo-Sys: Garden Studios has more than doubled in size

Garden Studios has also announced the provision of a virtual production stage that is now fully operational and open for bookings. Powered by Unreal Engine, the stage is 4,800sqft and offers what is described as a flexible, safe and socially distanced shooting environment and sustainable and cost-effective filming options.

To achieve this, Garden Studios has collaborated with a number of companies including Mo-Sys Engineering, Roe Visual Europe, Brompton Technology and ProCam Take 2.

Studio manager Marnie Keeling said: “We are excited to expand our site, this enables us to accommodate a wider scale of clients, providing options from shooting spaces, workshop and production offices through to soundstages. Garden Studios intends to create impact across the industry through innovation, technology and world-class sound stages. In addition to this our virtual production stage allows users to shoot anywhere in the world all from the comfort of our studio. We’re thrilled to support future, traditional and virtual filmmaking.’’

Mark Pilborough-Skinner, virtual production supervisor, said: “Virtual production is the natural successor to greenscreen and a sure staple of the film industry for years to come. We have worked incredibly hard – with some of the best industry minds – to develop a studio with impeccable workflow and infinite possibilities.”