Mo-Sys Engineering has unveiled TimeCam, which offers the potential to remotely operate cameras on the other side of the world, without perceived delay. 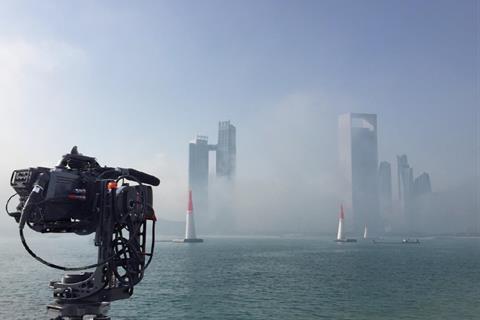 At home: TimeCam allows for the operation of cameras on the other side of the world without perceived delay

The company is also preparing to reveal its latest in virtual studio and augmented reality, a plug-in it describes as ‘Unreal unleashed’.

Mo-Sys claims TimeCam allows for a reduction in travel requirements for key personnel, offering cost-savings and increased productivity. There is also the potential to add additional cameras without increasing the headcount of operators required.

Mo-Sys offers its flagship virtual studio technology, StarTracker, which uses a constellation of dots on the studio ceiling as a camera tracking system. This is now extensively used by many prestigious broadcasters to provide the tracking for augmented reality studios and is increasingly being built-in to studio cameras, says the company.

Whereas most virtual studios use a proprietary graphics system, which often uses the Unreal gaming engine from Epic Games, StarTrackerStudio (in a 19in rack) now features the plug-in Mo-Sys VP, a direct interface between the camera tracking system and the UE4 render engine. Control is direct through the plug-in, and no other software layer is wrapped around the Unreal Engine, thus allowing full access to the latest UE4 features.

Michael Geissler, CEO for Mo-Sys said: “Both TimeCam and StarTracker with Unreal Unleashed are transformative technologies, capable of bringing new creativity and productivity to the broadcast and movie worlds, allowing sophisticated productions around the globe.”