Mobile Viewpoint has announced a partnership with BuckDesign to provide broadcast studio services with a specific emphasis on companies looking to enhance their corporate communications and marketing initiatives. 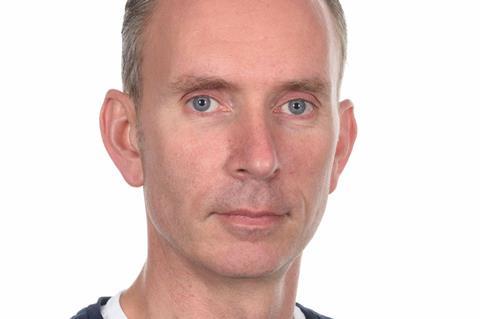 BuckDesign is offering an inhouse broadcast studio for rental as well as reselling and providing installation services for companies wishing to deploy their own professional TV broadcast studio within their organisation.

BuckDesign will be deploying the vPilot technology from Mobile Viewpoint, which is an automated studio system that uses the power of artificial intelligence to control multiple cameras without the need of an onsite director or camera operators.

Said to be ideal for live and recorded broadcasts, it enables multiple people interviews, round-table discussions, panel discussions, webinars, corporate communications and other on-stage events. BuckDesign, in conjunction with vPilot, says it can provide professional broadcast productions at a compelling cost when compared to traditional approaches of using multi-camera productions.

Peter te Buck, managing director at BuckDesign, said: “As a company, we have for many years been providing organisations with custom top-level exhibition stands for major shows. Over the last few years this has led to increase in the use of AV technology to provide compelling impressions for companies wishing to enhance their company awareness further. The vPilot studio system and the services we offer on top of this platform will enable companies to take their corporate communications to the next level. Webinars, corporate events or TV interviews by the executives will give very professional productions creating a very professional impression of the company brand.”

BuckDesign has built its own studio within the company’s office set-up in Alkmaar in North Holland that is available to corporates wishing to undertake a production without investing in a complete studio. However, for companies wishing to implement their own studio, BuckDesign can provide the full set-up of the room design to implementation of the technology.

Michel Bais, managing director at Mobile Viewpoint, said: “Since 2008, Mobile Viewpoint has been providing solutions mainly for the broadcast market with customers including the BBC, Sky and other global broadcasters. It is significant we can take this broadcast experience to another level working with corporates whose core business is not broadcast but giving them the tools to easily create compelling video content using professional broadcast and AV technology. We are so pleased to be working with BuckDesign on this new customer vertical for our technology.”

With its AI automation, Mobile Viewpoint says that vPilot has been designed to be simple to operate. The system comes with the vPanel system which is described as an easy to use button controller that can be used in real time by the people in front of the camera. It allows the talent to insert images, add graphical overlays and to insert videos when required. 3D scanners are included with the system that allows the cameras to track people as they move. It is compatible with traditional broadcast equipment and can be used with existing webinar systems such as Zoom, Skype and other social media platforms for live streaming.

“Many corporates, when arranging broadcast initiatives, need to organise a camera crew and resource,” said Peter te Buck. “With the vPilot, they have the ability to do live broadcasts without needing technical people onsite. They have the freedom to do broadcasts, webinars and online meetings when they want and at a moment’s notice. Given the flexibility of the system, the return on investment proves to be very quick.”