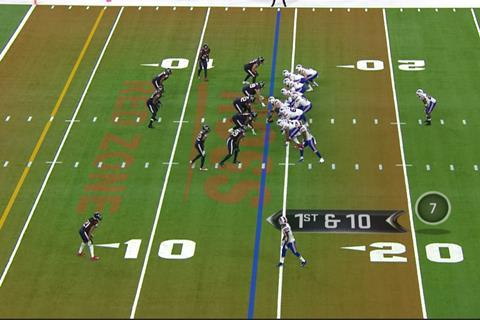 Ross: Support for 4K-UHD and HDR workflows over SDI has been added in the latest version

The latest version of PIERO – version 16 – includes a host of feature improvements and adds support for 4K-UHD and HDR workflows over SDI. Integration with Ross Video’s Mira replay server has been enhanced, enabling operators to browse, preview and load clips from Mira directly in PIERO Broadcast’s user interface. In addition, the new Asset Manager opens up the ability to insert, mass-import/export and back-up all PIERO visual assets. PIERO V16 also broadens out the number of sports supported, and American Football fans around the world will appreciate the new ‘Down and Distance’ feature that’s included in PIERO Live.

In terms of feature enhancements, V16 sees the addition of graphical arrow shapes, along with a Filter effect that enables parts of the playing field, pitch or court to be blurred or darkened to focus attention on a specific zone. New magnifier backgrounds also enable specific zones or players to be highlighted, with monochrome and blur backgrounds adding even more dynamism to the analysis of a passage of play or event. The new Range effect allows operators to count up or down a number range and link to an effect with a measurement component, like the Track. Finally, the Virtual Presenter feature is said to be easier to set up, enabling presenters to be inserted into either a real or virtual scene in PIERO with dynamic shadows and audio passthrough.

Vincent Noyer, director of sports analysis at Ross, is delighted to be making this significant step forward with V16. “We’ve worked very hard to increase the number of visual effects available to our customers in order to give them more options and help make their analysis content even more engaging. We’re also very pleased to be adding the ‘first and ten’ feature that so many customers have been asking for; we’ve been steadily expanding our customer base in North America and we know football fans will really appreciate this important addition to the solution.”