Aputure launches the Light Storm 60d, along with several other new products. 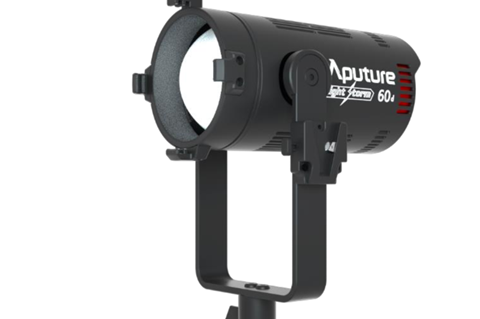 One of many new products from Aputure this summer is the Light Storm 60d, described as a daylight-balanced (5500K) adjustable focusing light that uses precision condenser lens optics to allow users to internally adjust the spot/flood beam angle from 15-45º.

The 60d can be powered using the included AD adapter or via DC battery input by using either the included Dual Sony-NP-F Battery Plate Adapter or a cinema battery with D-Tap output, such as a V-Mount Battery. All of these power options can be mounted into the V Mount receiver clip on the side of the LS 60d’s 360º tilting yoke for fast and compact operation. The LS 60d is also IP54 weatherproof (dust and water-resistant), meaning that it can “withstand any film-making environment”, says the company.