The new Sony Alpha 7S III is a video-focused mirrorless camera that adds to the excellent low-light sensitivity of its predecessor with improved image quality, 4K at 120 frames per second internal recording and the ability to output 16-bit Raw video via its full-size HDMI output - which Atomos can take advantage of with its latest upgrade to its Ninja V recorder. 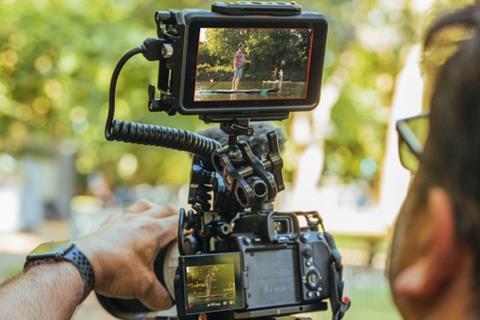 The A7S III has been long awaited, given that its predecessor (the A7S II) was launched in 2015, but although the new camera looks the same, there are many internal changes.

The sensor offers ultra-high sensitivity with an ISO range expandable from 40 to 409,600 (from a normal range of 80-102,400), and improved image quality by approximately one stop noise reduction in the middle and high sensitivity ranges. It is claimed to have a 15+ stop dynamic range and boasts “significantly reduced rolling shutter effect” – by up to three times.

It offers a fast hybrid auto focus system with 759-point phase-detection, with AF sensors covering 92% of the image sensor. It also has enhanced real-time Eye AF.

Based on customer feedback, the camera includes several AF features for professional users including AF Transition Speed in seven settings, to easily create rack-focus transitions, and five AF Subject Shift Sensitivity settings that allow the user to customise how easily AF will switch or stay with the locked-on subject. Touch Tracking allows users to not only initiate real-time tracking, but also compose and shoot while using a gimbal or while shooting solo. It’s now possible to Touch Focus during manual focus mode on the LCD screen or remotely from the Imaging Edge Mobile application.

It claims to have the “world’s brightest and largest” 9.44 million dot OLED electronic viewfinder, and is “the world’s first camera with dual CFexpress Type A card slots, enabling high-speed data transfer in a compact size.” There is also a side-opening variable-angle LCD screen, and a completely redesigned menu system (with touch screen interface) that differentiates far better between commands needed for video or stills.

“The Alpha 7S III is the ultimate representation of Sony’s passion to solve our customers pain points,”, said Yann Salmon-Legagneur, director of product marketing, digital imaging, Sony Europe. “We are always listening to our customers’ feedback, pushing hard to deliver innovation that goes far beyond their expectations. There is no better example than this new camera. Combining classic S series sensitivity with a feature set, performance level and user experience that is simply unmatched in the market today — at any price level.” The Alpha 7S III will be available in Europe in September for about €4,200.

Alongside Sony’s launch, Atomos announced its support for Raw recording at up to 4Kp60 via HDMI from the A7S III as a free upgrade to its Ninja V HDR monitor-recorder.

It will take the data-rich 16-bit linear Raw output of the Alpha 7S III, compress it and recorded it as 12-bit ProRes Raw, which is easily editable on the main non-linear editing systems. One key benefit, especially in low light, according to Atomos, “is that the ProRes Raw files allow you to take fine control of how noise reduction and sharpening is applied to images, tuning these precisely for each shot”.

The Raw files are optimal for HDR finishing, or for greater flexibility in SDR (Rec.709). Images are recorded directly to affordable, reliable AtomX SSDmini or other compatible SSD drives for quick transfer to an editing system.