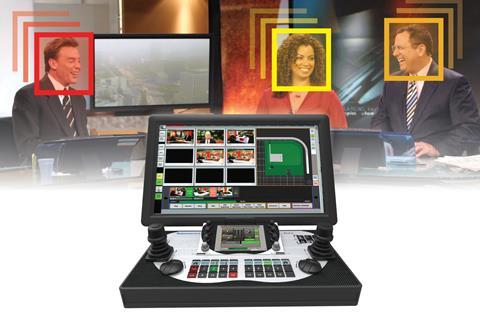 Telemetrics: If someone is not facing the camera reFrame will still track them

This means that if someone is not facing directly at the camera, it will still track them. The new capability for reFrame is found on both Telemetrics STS (Studio) and LGS (Legislative) software for the RCCP controller.

Other significant new features for reFrame now include support for multiple, simultaneous reFrames via the Telemetrics reFrame Server, Auto Zoom with shot framing presets and Multi-Person Shot framing – used to keep a group of people in frame without touching the control panel.

“The new features for reFrame make it more accurate and useful than ever before,” said Michael Cuomo, vice president at Telemetrics.

Previously, with facial tracking alone, the technology had to lock on the talent’s face to be effective. With object tracking the system is looking at the entire body structure of the person. Although the person might turn, the camera still locks on to their torso, arms and legs, and tracks them accordingly. The combination of facial and object tracking allows the system to track the talent even if they turn completely around for the camera.

The new features of reFrame also allow for camera zooming and two-person tracking. During a talk show or a two-shot in news of the anchor and co-anchor, the software ensures that both people remain in frame with no human intervention with the system.

“With reframe, it instinctively knows who the people are,” added Cuomo. “With facial and object tracking, we can say in a talk show environment, ‘we know who the host is, and we know the guest is. So, even if we’re getting partial matching, by combining the facial with the object tracking we can reliably track a specific person or two people sitting side by side.”