Telemetrics has announced improvements to its existing robotics and camera control products, as well as launching several new ones. 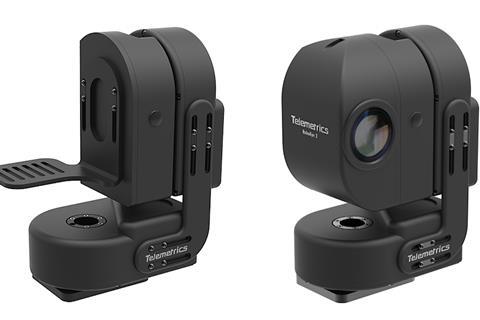 Telemetrics has announced improvements to its existing robotics and camera control products as well as several new ones that it claims include “features and functionality not found on any robotic camera system on the market today”. It now offers motion tracking, artificial intelligence and servo-mechanical excellence as standard on its latest robotic camera products and systems.

A new Sony SDK has been leveraged to remotely access key camera controls and still image data of Sony’s latest Alpha mirrorless cameras through the PT-CP-S5 and Telemetrics controllers. These include adjustment of camera and lens settings, shutter release and a live view monitoring video feed. A new WP-HOU-A9 weather-resistant housing is also available for the PT-CP-S5.

The new RoboEye (PT-RE-2) is a fully integrated, ergonomically-designed, indoor or outdoor robotic camera system that includes a UHD broadcast camera and video encoder inside a protective weather-resistant housing. It comes with a universal mounting bracket that accommodates wall-, ceiling- and shelf-mounted installations, and offers HDMI, SDI, PoE and streaming video outputs to enhance its versatility.

Telemetrics has also improved upon its reFrame Automatic Shot Correction (on the RCCP-2A control panel with Studio (STS) or Legislative (LGS) software). reFrame ensures that on-screen talent remains in frame despite their moving about or slouching in their seat, but with its AI and facial recognition algorithms the software can also run a production in a fully automated mode without operator intervention. The functionality of the control panel’s top row of eight TeleKeys are now more customisable, with the operator able to customise key functions on the fly in order to run a production in their own way.

The OmniGlide rover has also been improved, with new machine learning algorithms allowing its shot recall settings to intelligently find the best path within the space it is operating in. This Path Planning means it can figure out the safest way between point A and point B, even when there’s an obstruction (like a news desk) in between. This is accomplished in tandem with the Telemetrics RCCP-2A robotics and camera control panel running STS software.

The latest improvements to the OmniGlide’s Studio View display allows the importation of 3D models with physical objects in the studio that are automatically recognised as areas to avoid, for safe operation in the studio.

The latest generation of elevating Televator camera pedestals (the EP8) now includes new hardware that allows the robotic camera trolley to travel faster and quieter, especially when coupled with a TeleGlide TG4 straight and curved floor or ceiling track. Reliability has also been improved. The EP8 can also be securely mounted on the OmniGlide rover or a camera trolley.