VR given an added dose of Reality by Zero Density

Zero Density has introduced Reality Hub, a platform that integrates its Reality Engine virtual studio production system, with newsroom and MCR systems, studio automation, social media and any external data such as weather forecasts through its module host service.

It enhances the Reality Engine ecosystem, with improved connectivity, automation and workflow integration. 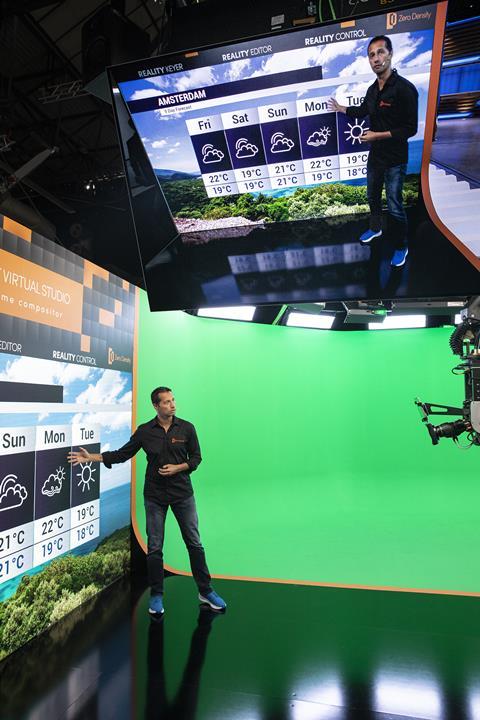 If you think that cyclorama looks RealGreen – it does…

It is also previewing Reality Engine version 2.9 at IBC, which adds a real-time node-based compositor for live production, alongside its image-based, proprietary GPU-based Reality Keyer, to the Unreal Engine native platform.

Reality Keyer is also being shown working in real time with a Raw camera signal on the Panasonic stand (11.C45). It is claimed to be the world’s first Raw-keyer.