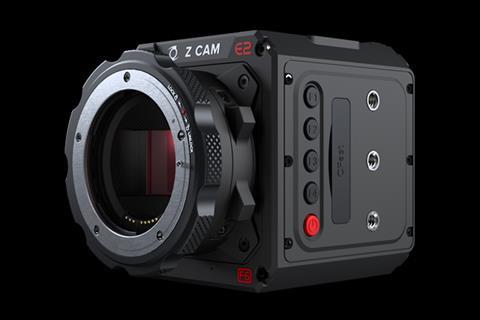 The new model loses out on multicamera synch compared to the E2, but gains an interchangeable lens mount along with Z Cam’s flagship body design – which doesn’t have the 10-pin Lemo port needed for synchronisation.

The compact body comes with a user-interchangeable lens mount. This has an MFT mount as standard, but can be fitted with an EF, PL, or M mount. The EF and PL mounts support Z Cam’s new eND (electronic ND filter) insert behind the lens. It can record 10-bit (H.265) or 8-bit (H.264) internally (to CFast 2.0 memory cards). It also has an HDMI output that can be used with an Atomos Ninja V monitor/recorder to record 12-bit ProRes Raw – this will be possible with a free firmware update from Atomos in June, which is when the E2-M4 is expected to ship. Users will also have touch-screen control of E2 functions from the Ninja V screen.

Z Cam has also announced that all of its E2 cameras will soon support direct RTMP, RTMPS and SRT live streaming – they have Gigabit Ethernet outputs for data and control, which can be used for streaming, as can WiFi or 5G via an external antenna port.