Data in broadcasting: Salesforce and Fox

In the first of a two-part series, Ambrose McNevin explores broadcasters changing relationship with consumers and the advantage of data implementing the business transition.

Fox has embarked on a major drive to engage its audience by turning them into super fans.

The media giant is seeking a one-to-one relationship with consumers of its content and is using data to shift its model from that of a wholesaler to that of a retailer.

At the same time, shifting market dynamics are changing its approach to advertising sales and content licensing. 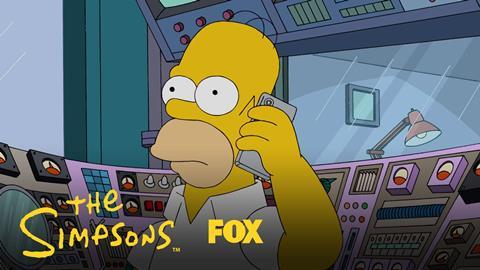 But how is a firm such as Fox, a large diverse organisation with film, tv, news and sports interests, (it says 2 billion people consume its output daily through content such as the X-Men franchise and The Simpsons) approaching this challenge of engaging with the consumer directly?

“We deal with the retailer in home entertainment and broadcaster in content. The shift to a B2C relationship has been built around data.”

“Where we had to evolve was to figure how to shift to be empowered by consumer data. The goal when we started was to bring the data together. We had to look at where we were traditionally and how to get much closer to the consumer.”

Fox first focused on understanding where its data resides, beginning with a project in its global theatrical system. 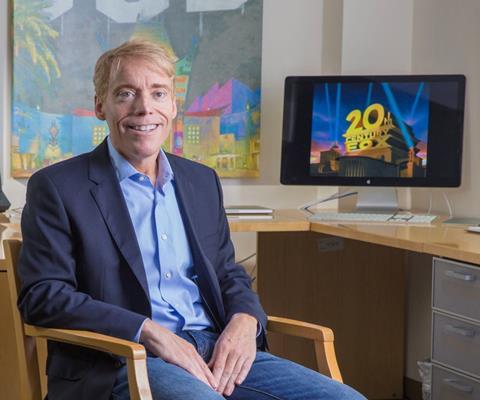 Herbert said: “We started thinking about a film launch and all the complexity of launching a film in 60 or 70 markets.

“It meant looking at the traditional systems around sales, marketing and finance and how they could be brought together. That’s where it started. Data is top of mind. It is the single biggest priority from a tech angle. It is not that we don’t have data. But traditionally it just hits the floor and is not actioned.

“At the core, we are a creative organisation. The challenge and opportunity is in how to connect data to the amazing content creators. We needed connective tissue, not tech for tech’s sake.”

Throw it over the wall

Steve Sobel is the global media lead at Salesforce.

Known as the first and biggest Software as a Service (SAAS) company, Salesforce started with customer relationship management software and now the $10bn US firm has branched into other cloud areas.

Steve Sobel told IBC365: “The legacy models have tended towards ‘we create content we throw it up over the wall and the content was so great that it sticks’.

“We now live in a world where these new engines are driving a one-to-one personalised experience around that content. So we worked with Fox to fundamentally rethink the way that they go to market.”

That started with the data.

Fox, in common with many large media firms has no shortage of data. What it lacked was a consistent way to collect all of the data, dive in and then slice and dice the information.

Instead of thinking of audiences as demographics, it set out to profile who’s consuming the content.

“When you think about Fox’s business, along with that of other film studios they’re really not just in the content business they are in the franchise business.

“And the way that many of these companies went to market previously was that every time they come up with a new release for the franchise they would have to reinvent the wheel to really start their understanding of the audiences from the beginning,” said Sobel.

“When putting content out to engage audiences the ethos of spray and pray marketing is no longer something that they can afford to do.”

Fox is rethinking how to do this. Instead of having an on-going conversation with the consumer over time with fans the question becomes how does it get the fan onboarding a journey not just to go see the release, but to engage around content in-between releases. It starts to build a fan community.

“When you think about what this meant for Fox, it is not just technological change but also cultural change.”

For Fox and the other media companies, the catalyst for them embarking on this journey to these new approaches and these new models is the data rich approach taken by the digitally native OTT players. 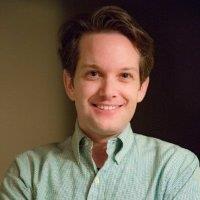 Says Sobel: “Whether it is Hulu, Amazon or YouTube, when you think about what is happening to the broadcast industry right now the main head wind for many of the legacy players is what new entrants are doing in the market.”

So the model is broken by these new entrants and consumers want to choose when and where they consume content. But they are willing to pay for multiple services.

According to the Salesforce Connected Subscriber Report 2017, millennial subscribers overall are nearly twice as likely than their baby boomer counterparts to cite discounts on over-the-top (OTT) services like streaming TV or music as another way to increase satisfaction [with Mobile and Cable Service Providers].

Similarly, millennial cable subscribers would be happier if their providers offered the ability to see an installation technician’s location or timing for arrival via an app or website (24%), allowed customers the ability to self-install cable by shipping cable boxes to them (23%), or sent proactive recommendations on content/movies based on TV watching patterns (21%).

The rise of over-the-top (OTT) streaming services, such as Hulu, Netflix and others, remains a hot topic among today’s consumers.

And with 83% of millennials saying they subscribe to one or more paid streaming services, traditional CSPs (communication service providers) need to find new ways to address this trend, whether through competitive offerings or integration with OTT services.

As such, we’re going to see more data feed into systems that drive engagement

Says Sobel: “I think ultimately a lot of the broadcasters that we work with are still early on the journey of moving to this new world of consumer understanding and consumer engagement.

“Our contention would be you have to start somewhere and what we’re seeing now is our customer in the broadcast sector are really laying the foundation for this new kind of digital first consumer first world.”

Sobel offers an interesting perspective on where broadcasters and media companies think they are.

“At times I think customers feel like they’re behind. But frankly as long as you are starting the journey you’re really not behind.

“I think everyone is really grappling with this new world of digital first/consumer first. Everyone is kind of embarking on their own journey but at the end of the day having a platform to be able to move and respond to these changes in the market place will separate the winners and losers.

“With all the changes that are going on within the industry there is a pace and disruption unlike anything we’ve ever seen and specifically for the broadcasters and studios they’re having to fundamentally rethink the way they go to market.

“We are talking about really anything that touches consumer engagement. What media companies need to do is pivot their business around personalisation to be able to monetise the consumer experience. And do it faster,” Sobel says.

For Fox, the next phase is how to pull together a global company with over 20,000 people operating in dozens of countries from a technology and data perspective.

Broadcast and media is far from immune from copy-cat behaviour.

In a highly competitive landscape content, products and services can be easily replicated. Competitive advantage can have a very short shelf life or be non-existent.

But in the view of one data scientist, leveraging data about your consumer base can bring strategic and competitive advantage.

The data that you gather about your consumer is giving you unique insights to customer behaviour. And it can’t be replicated.

In a project for an un-named media company the firm was asked to analyse data from a set-top boxes with the objective of encouraging consumers to stick with or upgrade to higher value content packages.

“When we engage we focus on a business challenge. For this project the target outcome was improving recommendations to stop people down spinning from top tier to lower tier packages,” she says.

They set out to analyse viewing data in order to get customers more engaged with what was on offer in the higher value packages.

Based on data from the set-top boxes, Think Big Analytics was able to understand the customer engagement and build targeted recommendations.

In this case the firm analysed not just the content that people were watching but also analysed who in the household was watching through a whole set of different metrics.

The was beyond transaction data but involved mapping tune in times, recordings, viewing end points.

And while this was reasonably sophisticated the customer also wanted to integrate third party data, in this case IMDB ratings and information about content to help recommend the right content to the right customer.

This type of analysis becomes rapidly complex. For example there isn’t one, five or ten content genres but tens of thousands, says Admad.

By collecting data and placing it in a Hadoop cluster, an open source big data storage and processing engine and applying deep learning and machine learning algorithms it shifted the insights up the data and analytics maturity scale to obtain completely new perspectives.

One practical outcome from this project was a change in how content recommendations were communicated to customers.

Whereas previously the standard communication was a weekly email blast, the data analysis enabled a whole new set of communications across multiple channels with tracking on open rates, app use and recommendation take up.

Next week Data in broadcasting Part II: Data in broadcasting is not just about competing online with the data-driven digital natives. It is also about improving efficiency and driving value across core broadcast operating models. Gavin Mann, Global Broadcast Lead at Accenture, speaks about the data journey for broadcasters.