The sports market, particularly for big spectator sports like football, Formula 1, baseball and many more, is big business for all involved. 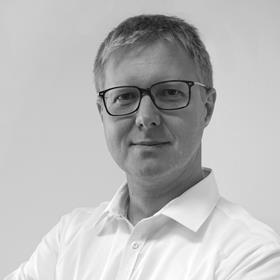 In a nutshell, advertisers can reach huge audiences, players are paid big bucks through their clubs and sponsorship deals, clubs make massive profits through ticket sales, merchandise and transfer deals and the leagues make vast sums each year through the sale of broadcast rights. Over the past five or ten years we’ve seen major disruption in the television industry and the sports is no exception.

Let’s take the English Premier League, the most watched league on television globally with a potential audience of 4.7 billon people in 185 countries, as an example.

The Premier League was formed in August 1992 following the First Division Clubs’ resignation from the Football League, in May the same year. This decision was mostly based on the opportunity for lucrative television rights deals.

Since then, and not surprisingly, there’s been a wrangling between broadcasters over these rights. In recent years between Sky and Setanta Sports – later ESPN - and then Sky and BT with BT securing rights to broadcast live games for the first time in 2012.

Last year shockwaves were felt when Amazon won the rights to 20 live games per season until 2022, the first time that a digital player has entered the fray.

As well as Amazon, Facebook and Twitter have also entered the live sports TV arena and given the funding these OTT giants can currently command, this is likely to push rights costs up even further.

And with viewers watching more sports content on their mobile phones driven by social media, the pressure for broadcasters to offer increased fan engagement is growing all the time. This means more highlights, more replays – more insight in general. Second, it means providing clips and packages tailored for the requirements of other platforms.

As well as this, broadcasters are expected to tailor content to the personal preferences of individual users to achieve maximum engagement. This means a significantly increased demand for content. And to complicate matters further, we’re talking about sport and that means viewers expect to see everything as it happens, or as soon as possible afterwards. This additional content must be created as quickly as possible.

Producing more with less
We can see that the pressure is on for broadcasters and content owners to create more highlights packages, from 30 seconds around a goal being scored to a 30 minute summary of the game for the archive. Some viewers or subscribers might want to watch all the action from their favourite player, a particular game, or maybe a summary of the best goals of the weekend.

This means that a producer needs to package and deliver a new story within seconds. In the past it would have taken 15 to 20 minutes to manually retrieve the information from the log and create the storyline.

Now using sophisticated automated sports production technology, video and audio tracks can be analysed for smooth in and out points to ensure the result is not visually jarring, and will avoid cutting during a peak in audio, which may correspond to crowd reaction and which should be incorporated in the clip.

Creating clips automatically can now be achieved faster than real time. Not only can more content be created, it’s made available very quickly indeed, meeting the expectations of sports fans. Where a package needs the supervision of a craft editor, the structure of the piece is automatically created and is passed to a third-party editor, via an established interface.

One of the most powerful advantages of this is that each clip on the timeline is given a name that describes what it is. Clips can be referenced by the name of the scorer, for example, rather than just a camera number. Again, the result is greater productivity for the editor who does not need to dig into the images to understand the edit.

Automated highlights packaging need not be conﬁned to a single event, or only implemented on location. The same platform can be used at the broadcaster’s base to create other outputs. This might be all the goals from every game that day, for example.

This technology does not replace a producer or an editor. It helps them produce more content and be more productive than ever before, allowing them to focus on creativity and not on repetitive and unfulﬁlling tasks.

Increasing efficiency with speech-to-text
If you add speech-to-text capabilities to this sophisticated sports production workflow, operators can search for comments made during a sporting match or live event; automatically create file locators; and import a file or drop it into a watch folder and manually generate the speech-to-text from the commentary track.

These additions allow quicker access to content, enabling production teams to significantly increase their efficiency and output without needing to scale up, leaving them more time for creativity, such as personalised stories that enhance the overall viewer experience. The solution maximises efficiency, output and profitability for broadcasters of sports and live events. It also enables reduced overheads by cutting costs without having to compromise on the quality of their solution.

Reducing costs and increasing revenues
Sports fans are particularly demanding, and rights holders and production companies are under ever-increasing pressure to produce more content (short form for digital publishing; long form for the archive) while at the same time reducing production costs and ﬁnding new ways to increase revenues.

It uses optional artiﬁcial intelligence layers, in practical ways, to bring real editorial added-value to create clips and highlights, which are ready for delivery. These clips can be created completely automatically, or some can be enhanced by a craft editor, thanks to seamless integration with popular software tools. Also, the integration of Speechmatics’ industry-leading automatic speech recognition (ASR) technology with SMARTLIVE, eliminates the need for production teams to scale up, freeing them to create personalised stories while maximising efficiency, output and profitability for broadcasters.

Built on open standards, SMARTLIVE is agnostic to the equipment around it. It can be added to any production infrastructure. Its virtualised software architecture can be implemented on premises, in the cloud, or as a hybrid. As well as generating its own metadata it connects to existing archive asset management systems, using examples from the past as a way to illustrate today’s news.