Women are drastically underrepresented in the media, entertainment and technology sector, with women in leadership roles still the exception and not the norm. IBC wants to help change that, writes IBC Council Chair Naomi Climer.

Diversity is an issue which is very close to my heart and is something I’ve been campaigning for throughout my entire career. 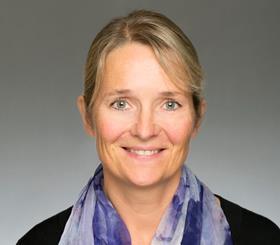 From my working experience, when I have encountered a truly diverse team, I’ve felt the difference in energy, creativity and willingness to innovate. I’m absolutely convinced that balanced diversity would be good for everyone and there’s plenty of reputable studies from a host of consultancies and the World Economic Forum that back this up.

But taking steps to enhance diversity can be controversial, and it is difficult to find initiatives that really work for minorities whilst including and enthusing others to support them. The trick is to generate the environment for a transition.

Although we as an industry can’t change this overnight, IBC can use its unique position to drive positive change by supporting and encourage diverse talent to consider working in MET, to stay within the field and to climb the career ladder.

Diversity is an area that IBC has identified for the industry as really key for innovation and future relevance. We have a variety of skills, abilities, experiences, ages, sexual orientation, gender, ethnic and cultural backgrounds, thoughts and ideas across the industry; IBC believes it’s important to support the industry in making sure all these voices are heard - valuing and leveraging differences to achieve even better and more creative results.

There are already great examples of diversity activity within our industry and within the conference and exhibition world. From organisations making changes such as the diversity awards at Mipcom and Sky visibly addressing diversity as a strategic imperative, to individual action such as male conference speakers declining to speak on all-male panels or proposing a woman from their organisation to take their place.

“When I have encountered a truly diverse team, I’ve felt the difference in energy, creativity and willingness to innovate.”

IBC has considered how best to make sure that diversity becomes embedded into its overall business strategy, vision and purpose, rather than being an add-on initiative. To support us with this, we have brought together a range of people across the industry to discuss how best to bring diversity alive within the fabric of IBC.

One such initiative has been the formation of the Diversity and Inclusivity Group which includes representatives from the likes of Sky, ITV, HBS, Grass Valley and other industry-leading organisations, many of which have advanced initiatives of their own. The consensus from their experience was that we at IBC should begin this year by focussing on gender imbalance in our industry before applying lessons and successes to other aspects of diversity in future years.

The whole IBC team has signed up to considering diversity within everything that they do. IBC’s pledges include commitments to:

These small steps and an attention to diversity will become embedded into the IBC processes and values. After the show, we’ll review progress and consider what we can address next.

I continue to dream of an industry where society’s diversity is represented across all roles and levels and where talent can thrive without discrimination. I’m optimistic that IBC can make the most of its platform and rich connections with the industry it represents to support the mindset transformation alongside business, technology and other shifts.

Naomi Climer was elected the first female President of the Institution of Engineering and Technology (IET) she is a Trustee of the Royal Academy Of Engineering, Governor on the Board of the National Film and Television School, Co-Chair of the Institute for the Future of Work and Non-Executive Director at Focusrite and Sony UK Technology Centre.