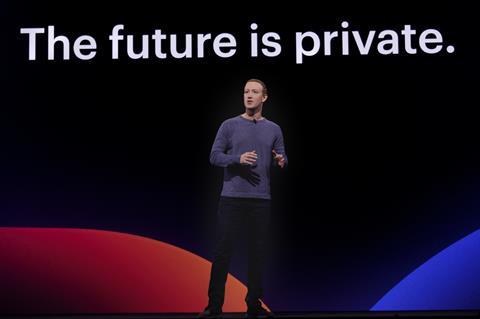 Facebook chief executive Mark Zuckerberg has declared the firm will build a more privacy-focussed platform and fundamentally shift how products are built and the business is run.

He announced during the F8 Developer Conference a dedicated privacy charter as he spoke about the company’s commitment to working openly and proactively with partners and developers to create a social network and services for good.

In his opening statement, Zuckerberg declared the social platform will be privacy focussed, stating: “I believe that the future is private, and this is the next chapter for our services.

“This needs to exist and over time I believe that a private social platform will be even more important in our lives than our digital town squares.”

This is a shift from the open News Feed and public posting Facebook is known for. The new model of communication promises end-to-end encryption, safety and security of data.

He continued: “Today we are going to start talking about what this could look like as a product and what it means to have the centre of your social experience be more intimate, what kinds of new experiences that can start to unlock and importantly how we need to change the way that we run this company in order to build this.”

Addressing the scepticism, Zuckerberg acknowledged the company does not have the “strongest reputation on privacy right now,” but he said he is committed to starting a new chapter.

He added: “It’s going to take time and I am sure we are going to keep unearthing old issues for a while and it may feel like we are not making progress at first but I think that we have shown time and again as a company that we can do what it takes to evolve and build the products that people want.”

He pointed to the changes to Stories and private messaging, using the development of WhatsApp as is tested strategy.

“The most important and private use case is messaging. Make it as secure as possible with end-to-end encryption and build more ways for us to interact privately on top of that.

The vision is based on six principals that include:

For the last 15 years the company has focused on building Facebook and Instagram into the digital equivalents of the “town square” that is open and accessible.

Zuckerberg said the invention and integration of the internet has offered people new ways to connect the whole world at once and they’ve seen shifts in user behaviour from open posts and community networking to users favouring private messaging with smaller groups that is simple, secure and away from the public platform.

He said: “It enabled us to cross geographic boundaries to form new kinds of communities that couldn’t even exist before.” 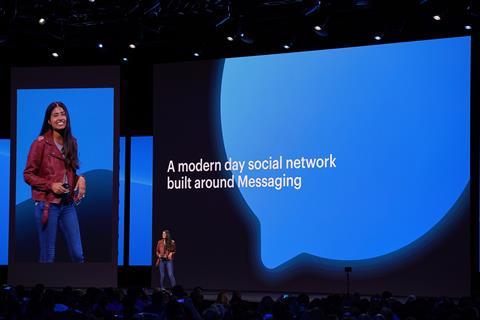 As part of its business strategy shift and promise to users, Zuckerberg unveiled a redesign of its main networking app and its website in a sleeker and less cluttered design.

He explained the longer-term goal is to unify Instagram, WhatsApp and Messenger with a focus on manageable and private-focussed interactions.

In his closing remarks, Zuckerberg said: “It is still early but if we get this right then using all of these services is going to be a fundamentally different experience a few years from now.”

Privacy provider
Facebook is not the only technology giant vying for user’s attention with its commitment to privacy. Last month during the Apple press event where it unveiled its new TV streaming service, it also positioned itself at the leading company to keep users information private and secure.

Apple chief executive Tim Cook announced a slew of new products including a credit card, news service and the premium TV subscription channel service, Cook emphasised the importance of data and the value of user’s privacy.

Apple - unlike Facebook - can emphasise that it doesn’t sell targeted advertising or distribute user’s personal data.

Apple wants to be the go-to for all things digital, carving out a “digital wallet” of services as well as a selling itself as complete privacy provider.

Cook made clear that user privacy and security of services is of the highest priority and the main pillar in its business strategy.

Apple will seek to leverage its scale and distribution to promote awareness and generate subscriber uptake for all its new services.