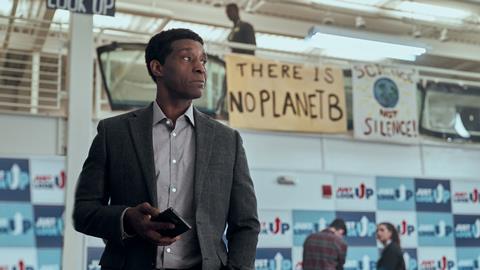 Behind the Best Editing Oscar Nominations

IBC rounds up the five nominated contenders in the race for Best Editing Oscar. 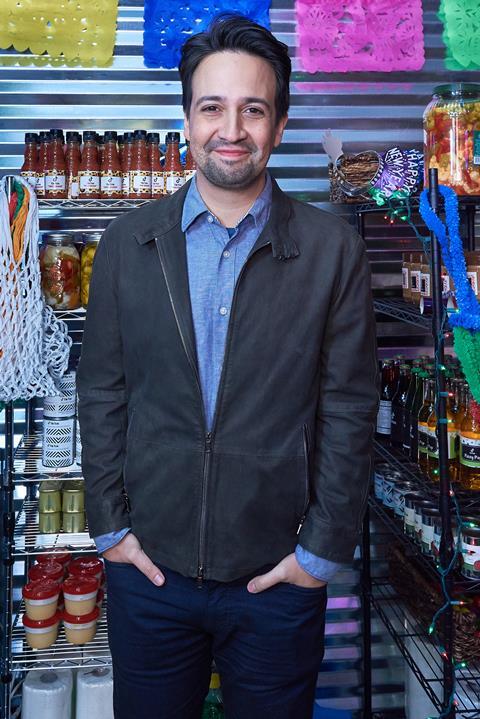 “On the surface the film feels like a biopic. But it’s performance art, it’s Eric Bogosian meets Lin-Manuel,” Myron Kerstein said. “It’s about how hard it is to craft something new. The structure of the film goes back and forth between Larson’s on-stage monologue to his back story writing dystopian rock musical Superbia.”

“It was my job to make sure there was more of a clarity and that the audience were not overwhelmed by not understanding that this is a musical within a musical about the construction of a musical.”

Covid-related reschedules meant that editor Andrew Weisblum had assembled a first cut before having to leave with Kerstein taking over.

As the regular editor for director Wes Anderson (The French Dispatch), Weisblum is no stranger to solving puzzles. The film’s opening song, “30/90,” about a mid-life crisis, provided a template for other numbers in the film.

“We cross cut the sequence between Larson on stage, with him writing the song in his bedsit and with him talking about workshopping Superbia in the diner in a way that always had a context to what you were hearing. For me it was about finding a different way in to start each song and not over using the material.”

In a couple of scenes in Dune, Paul Arrakis learns about the politics of spice mining and the Imperium from an audiopedia. The English narration is that of British editor Joe Walker in an uncredited cameo. 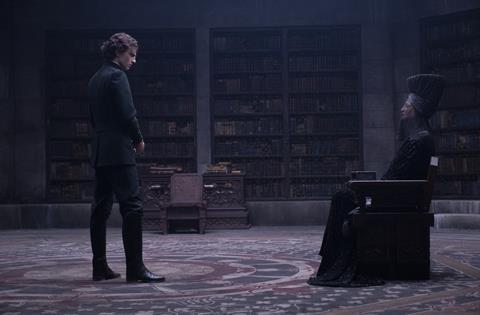 “You’ve got to grab the audience in the first reel. You can’t become a library of how the whole Dune Universe works. Our aim in the opening scenes is to mete out the exposition of the story without ramming it down people’s throats.”

What was most important for Walker was helping the audience understand the dynamics of the story’s key characters. This came together in cutting the Gom Jabbar sequence, where Paul’s ability to control mind of matter is challenged by Charlotte Rampling’s mother superior figure.

Walker explains, “We’re intercutting a young man facing a sadistic witch, while his mother is helpless to do anything about his suffering. At the same time, we develop an inner landscape for Paul’s mind, to see what is being awoken inside. It’s something we kept tinkering with right up to the last day, some 20 months later.” 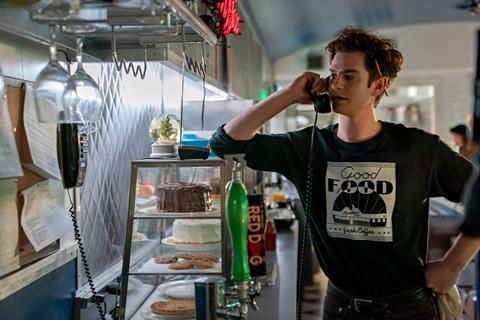 The key to the scene was found in a chant that Hans Zimmer had recorded with singer Loire Cotler.

“Only after six months with the scene did we begin to ‘cut’ inside his mind. For us, Loire’s chant came to represent the Kwisatz Haderach, a little fire ignited in his mind. It soon became an anchor throughout the whole film.”

Walker began his career as a composer and continues to place great emphasis on sound as part of his process.

“Dune is rhythmic to a crazy degree. You can’t get the sound of a sandworm off the peg. There is no Shai Hulud sound effect in a commercial library! The worm chase, for example, is all shot from the back of a dune buggy with a jib arm. Not much on location the poor sound mixer could capture.

He credits sound editors Mark Mangini and Theo Green for developing the pacing of the scene by creating temp sound fx for the characters’ desperate running and breathing, all the time honing the sound of the worm decimating vast amounts of sand.

“That process of tossing ideas back and forth between us carried on all the way through the edit.”

So carefully disguised is the denouement to Jane Campion’s slow-burning western that the film demands a second viewing to fully understand what just happened. Each scene is laden with meaning but not necessarily the one you first think of. 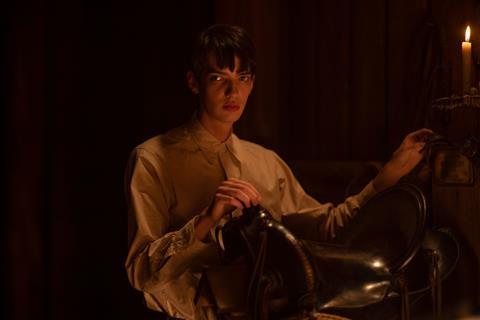 “There’s an abstract ambiguity to the shots of the hills in the distance,” explains editor Peter Sciberras to CinemaEditor. “When we get in close [it reveals] so much hiding in the shadows. It feels like going deeper into the character’s psychology.”

The pivotal scene is near the end when young cowhand Peter (Kodi Smit-McPhee) visits seasoned cowboy Phil (Benedict Cumberbatch) for a nighttime assignation that could be sexual and could be violent and, turns out, is both.

“This is a hypnotic moody dialogue scene without very much dialogue. The first time I assembled the scent there weren’t any macro. Then we had a Covid break in the shoot and came up with the idea of using them, such as the tactile polishing of a saddle, to communicate how sensitive Phil is. Their use in this scene shows how Pete was getting into Phil’s private space.”

The scene cuts away to a tight shot of a horse’s eyes. “We leave the barn and don’t see what happened but maybe this is what the horse have seen.”

“Jane, Ari Wegner [the film’s DP] and I were really aware that people would go back and revisit the film – even if played back in their head – to figure out what is happening. In this scene, when Peter hands Phil the rawhide there’s a tense anticipation. Watch it again and it’s almost like a horror.”

Hank Corwin, director Adam McKay’s longtime editor, took a very different approach to this film than he did with Vice and The Big Short, which were both based on actual events and required quite a bit of research (and for both of which he was Oscar nominated). 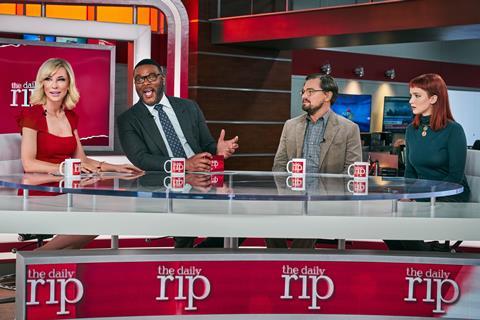 “Usually, the way I look at film is I always try to find the subtext of something,” he says. “The existential nature of this film was right at the forefront. So as opposed to doing historical research, what I wanted to do was research into natural history. I wanted to show the juxtaposition of the folly of our characters with the eternal yet very delicate state of nature on this planet.”

Corwin spent months looking at everything from eagles to hippopotami and took inspiration from artwork, most notably from pointillism and surrealism, for his work on Don’t Look Up, which is punctuated throughout with a variety of stock images, freeze frame shots, and mixed visual media.

This helped Corwin nail the tricky tone of the film. “Initially, we were going to be very serious and have it punctuated with moments of comedy, but that didn’t work. What I found was by putting in little moments of nature instead, you were able to have moments that showed it’s not really humour so much as folly, which is well disguised as comedy.

“When you show birds flying, when you show an ocean, it grounds it into reality. We spent months trying to figure this out. I’ve never worked on a movie that was quite as bedeviling or rewarding as this one.”

Sporting dramas are often tales of triumph over adversity but present an editorial challenge when the people featured in them are still alive. By coincidence editor Pamela Martin has now helped make three of them: The Fighter (2010); The Battle of the Sexes (2017) and King Richard, a biopic of Venus and Serena Williams’ father who groomed the sisters to become champs against the odds.

“The most important element in these films is that the sport itself is background to the characters and to their circumstance in wider society,” Martin told CinemaEditor. “King Richard was different in that our main character, Richard Williams, is such a complex personality. In addition, [the director] didn’t want this to be just another sports movie.”

Getting to grips with portraying Williams’ character was key to telling this story. “He’s complicated and our movie doesn’t sugar coat this. We see friction in the family home. There are times you want to shake him or punch him and other times you want to hug the guy. 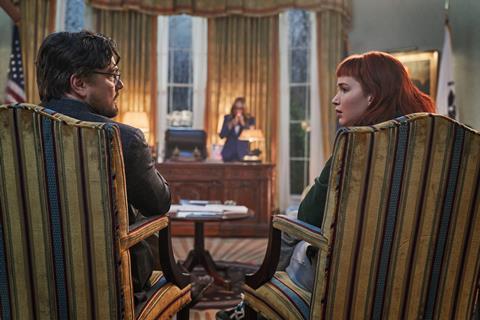 “And maybe some of that prickliness came from being outsider in a white sport as a black family,” she adds.

“It’s a very atypical ending to a sports movie because she – spoiler alert – does not win,” Martin says. “A lot of the drama of this match falls with Richard. He’s too nervous. We used reaction shots – the family’s reaction, Venus’ reaction – and music. Music does a lot of the heavy lifting that a commentary may have done for us. It was almost like cutting an action sequence.”