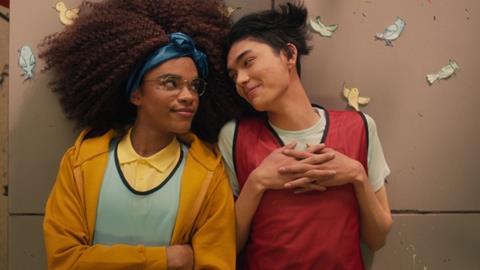 Behind The Scenes: Heartstopper

Set in a high school with pupils, pimples, bullies and school dinners, Heartstopper could be Grange Hill with added social media and an LGBTQ+ storyline. 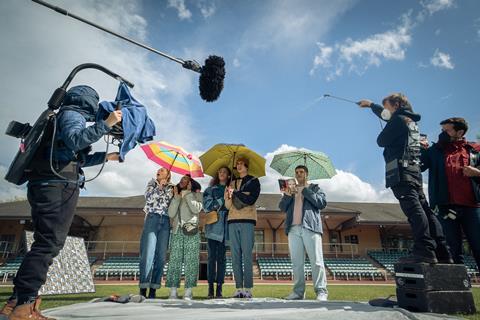 In Netflix’ coming-of-age series, coming out is the new norm. At one point, rugby-loving teenager Nick wonders if he’s more attracted to Keira Knightley or Orlando Bloom in Pirates of the Caribbean.

Boy meets boy. Boys become friends. Boys fall in love. Nick develops a crush on fellow 14-year-old Charlie, after they bond over whether it is appropriate or not to do your homework on the way to maths. 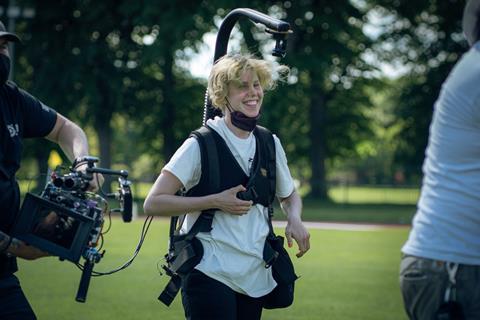 “It’s about falling in love,” says cinematographer Diana Olifirova. “Showing love and emotion and tenderness are quite hard to capture visually. It’s not straightforward.”

Yet the series makes wearing your heart on your sleeve seem effortless.

Adapted by the writer Alice Oseman from her graphic novels, produced by See-Saw Films and directed by Euros Lynn (Doctor Who), the show has won universal plaudits for being completely lovely.

The Guardian called it “sweet, heartwarming… and wholesome to the point of retro – like a hug in TV form” and it was far from alone.

A big part of its appeal is its look which The Guardian further describes as “like Hollyoaks with an art-school twist.” While DP and director leaned into the composition of Oseman’s drawing for inspiration in the design of the visuals, the comic books themselves are black and white apart from their pastel-coloured covers. 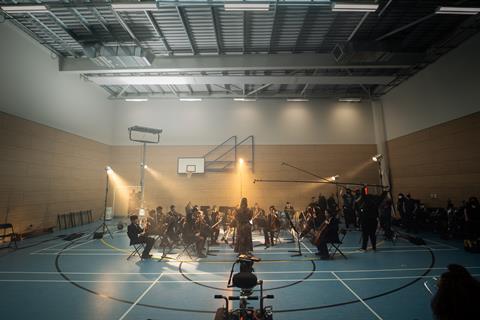 Olifirova and production designer Tim Dickel took that and devised a palette that resembles a bag of sweet shop bon-bons: orange, yellow, turquoise, pink and blue.

“Schools tend to be very colourful in real life so there was a risk of being overwhelmed with colour. We tried not to overdo it. At the same time, we wanted to push colour and be playful with it.” 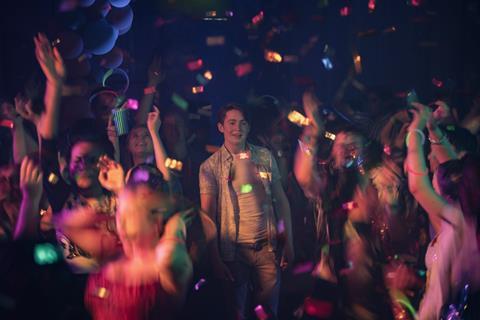 Olifirova previously experimented with colour and gels to deliver the unique look for C4 sitcom We Are Lady Parts.

She used a similar technique here using gels to augment lighting and sharing them with the art department, also working with the existing colours of locations like a cinema and bowling alley.

“Some directors feel colour can be too distracting but I’m not ashamed of colour and if used correctly and coherently it can be a strong part of the storytelling. In the grade I might think I’ve overdone it, but if I watch it objectively, I usually love it.”

She worked with Toby Tomkins, colourist at Cheat, to devise a LUT from tests, one that added a hint of turquoise in the shadows and warmth to skin tones.

“He also makes the LUT one stop darker, so I put light in the shadows and play with colours in the grade. We start from the LUT in the grade but we’re not wedded to it.” 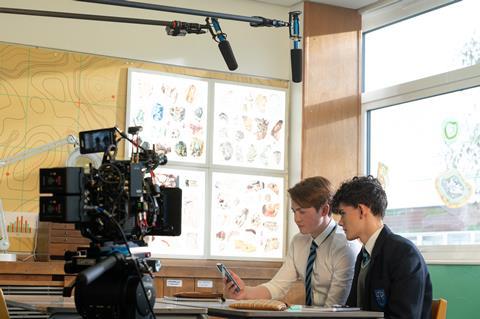 Noting that the exteriors to Nick’s house featured stained glass windows, when it came to shooting the bedroom interiors on a built set, she used a gel to display different coloured lighting “to make it recognisably the same place – and a magical place,” she says. “I always want to make interiors and corridors a bit less boring and we have liberty to do so in story like this.”

In one episode a classmate throws a birthday party which they shot day for night at Hampton Court House, a school in East Molesey.

“I loved the windows and had planned to shoot a moonlight effect through them. But we didn’t have access to the location at night. That meant we had to black out the windows, but we lit it to appear as if there were some light outside. The biggest challenge in a room full of people was having the camera pick out our main characters. This involved a little planning about where the camera would be so that the actors would hit a mark and we’d have a pre-set light trained on them.” 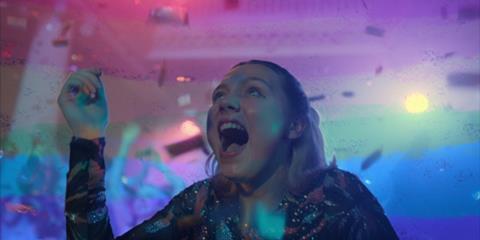 In most scenes though, Olifirova chose to give the young actors freer rein to move and act. “We shot a lot handheld and in more of a doc style, so the cast felt free and not robotic. With handheld you can just roam around and capture more raw emotion, or just different things that emerge in performance that you can’t necessarily rehearse for.” 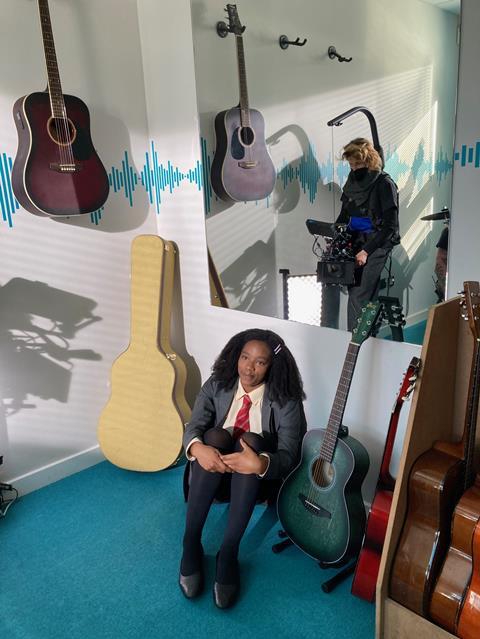 There are other nods to the source material too. Lynn carried an iPad with a selection of images plucked from the comic’s pages as inspiration for composition.

“It is hard to replicate the comic book form in video. Alice might have drawn something in two frames which conveys so much and perhaps between them added an element such as leaves floating around. It’s so laconic and pure as a form, we had to think creatively how to make it work on screen.

“For instance, where a chapter of the book might end in two frames of individual close-ups of Charlie and Nick, you understand there is so much emotion between them but on screen you need to add something like a longer shot or cut in a shot of a tree in the wind, something more metaphorical. We use nature a lot, progressing from winter to summer as an extra element to express feelings.”

Shooting on Alexa Mini LF with Canon K35 spherical lenses “we embrace flare especially as we move through the seasons from winter to spring and summer,” says Olifirova. 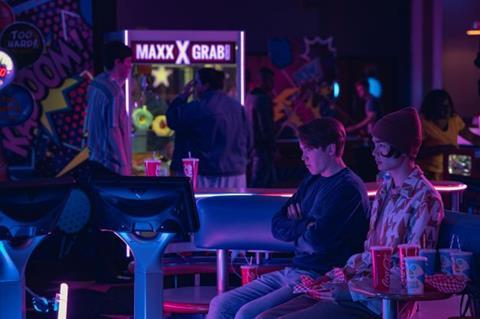 There are touches of animation too, particularly when emotions run high. Hands almost touch and cartoon lightning crackles between them or love hearts might appear in the air.

“There are a lot of heart stopping moments in the script and they were all planned as animations. But I suggested the idea of adding a practical element to them, shooting in camera using light and colour as a way to make it more magical.”

Olifirova just finished something altogether different. The final two episodes of The Baby for Sky Studios is a horror comedy with the emphasis on the horror.

“It’s about a baby that kills people,” she says. “I’m excited for people to see it.”

Go behind the scenes of the best TV and film productions with IBC365. From Avatar 2 and The Mandalorian to Springwatch and the America’s Cup, browse the Behind The Scenes archive